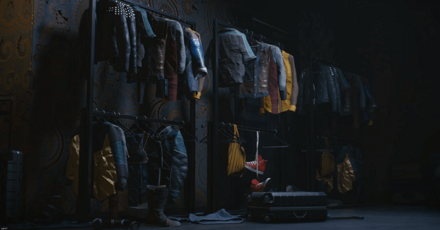 This is a list of Clothing and Armor in the game Cyberpunk 2077. Learn what clothing are found in the game, what stats affect Clothing, and what types of Clothing appear.

Types of Clothing and Armor 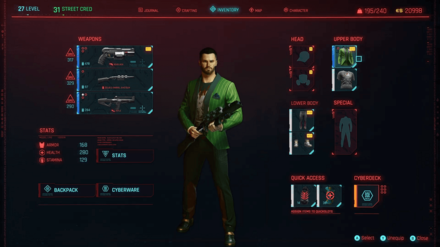 There are 4 types of Clothing you can equip onto your character, Head, Upper Body, Lower Body, and Special. Besides Special, each category splits into 2 slots, allowing more options for clothing customizability.

*Special clothing cannot be worn together with other clothing.

Clothing is divided into different rarity based on its quality. Clothing of higher rarity has a higher maximum number of Mod Slots

Clothing can also have an Iconic Rating separate from its Rarity. Iconic Clothing has the associated benefit of providing the Crafting Specs for the tier above free of charge, allowing players to make multiple and stronger versions of the same Clothing. 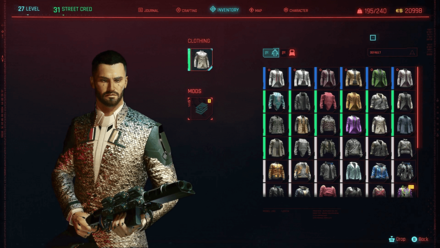 As the saying goes, "Clothes make the man." And in Cyberpunk 2077, clothes also protect the man. The Armor Stat associated with each Clothing item is your primary defense against the varied incoming damage you will be facing in the game.

The Armor stat associated with each Armor is based on the following two factors.

As your player level increases, you can expect to find Clothing with a better hidden Level, meaning that the stats of the Clothing you find will scale naturally with your character. Players can also use Crafting, which can produce Clothing of a higher level depending on the player's Crafting Skill Progression.

There are no stats inherent to each Clothing item; rather, the stats are based strictly on the above factors, and after that, your choice of clothing is down to your style preferences. Clothing stats are also not affected by the Rarity, as this only affects the Mod Slot count.

The following table is an estimated range of base Armor for each Clothing type. Please note that these values can be affected by other factors like player stats, Mods, etc.

Mods are attachable modifiers to your clothing. Cyberpunk 2077 is an RPG first and will allow you to customize not only your looks but also your stats.

Register as a member and get all the information you want. (It's free!)
Login
Opinions about an article or post go here.
Opinions about an article or post
We at Game8 thank you for your support.
In order for us to make the best articles possible, share your corrections, opinions, and thoughts about "List of Clothing and Armor" with us!
When reporting a problem, please be as specific as possible in providing details such as what conditions the problem occurred under and what kind of effects it had.