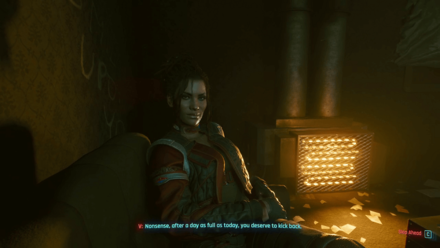 This is a guide on Panam Palmer, a character in Cyberpunk 2077. Learn how to romance Panam, what Side Quests and text message responses are needed to romance her, and Panam's effect on the game's ending. 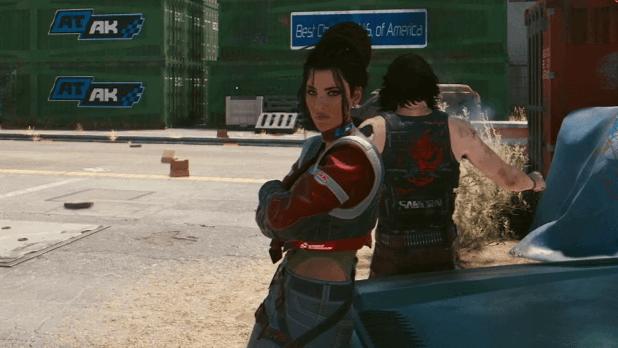 Panam Palmer is a mercenary you meet working for Rogue in Act 2. She's a nomad, one of those who live outside the city, but she currently has an uneasy relationship with her family, the Aldecaldos.

She's impulsive, tough, and ambitious. She knows how to handle herself, but she's got a lot of family issues that you can help resolve. At the end of the day, even if she's apart from them, she wants what's best for her family.

How to Romance Panam

Panam Can Be Romanced 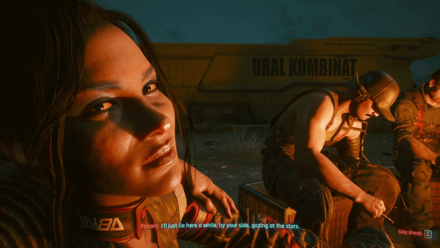 Panam is available as one of the Romance options, but only for Male V. If you're hoping to romance Panam, be sure to choose a male character at the start of the game, as this aspect cannot be changed at any time.

Panam Will Text You Throughout Your Relationship 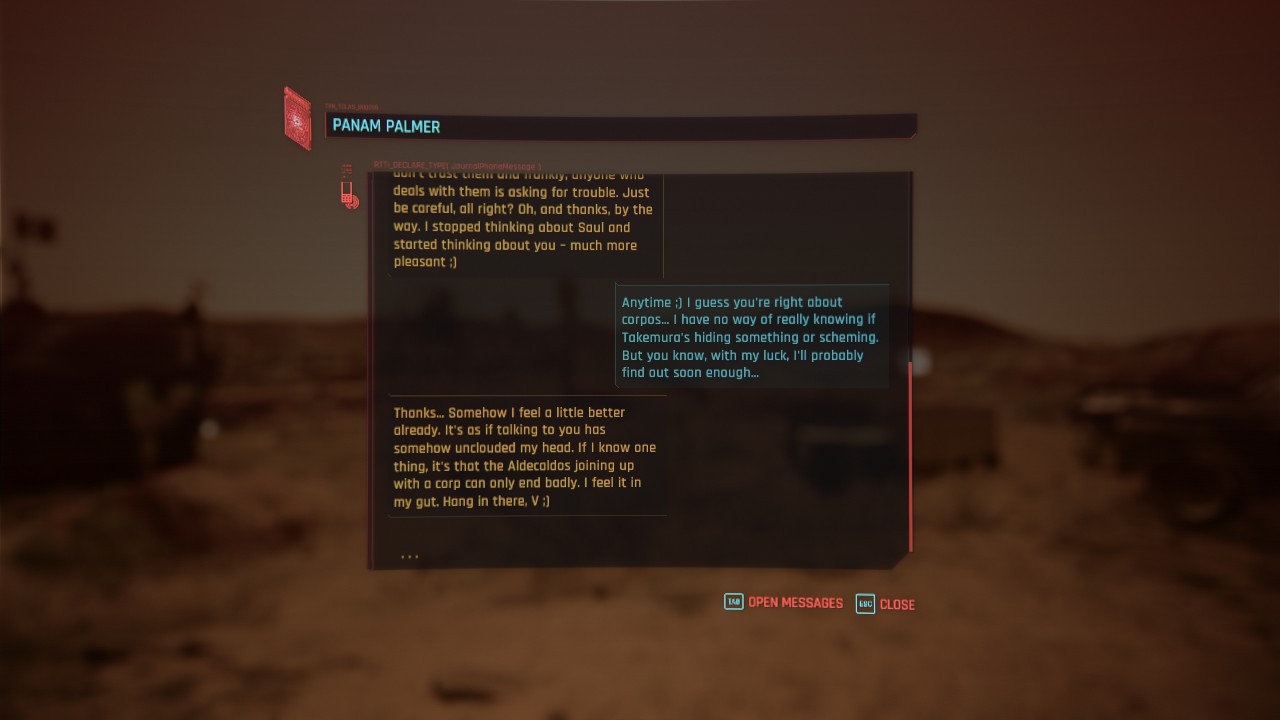 After completing the Queen of the Highway quest, you will be locked in your relationship with Panam. From that point on, she will occasionally interact with V through text messages, and you can send her your own text message response. 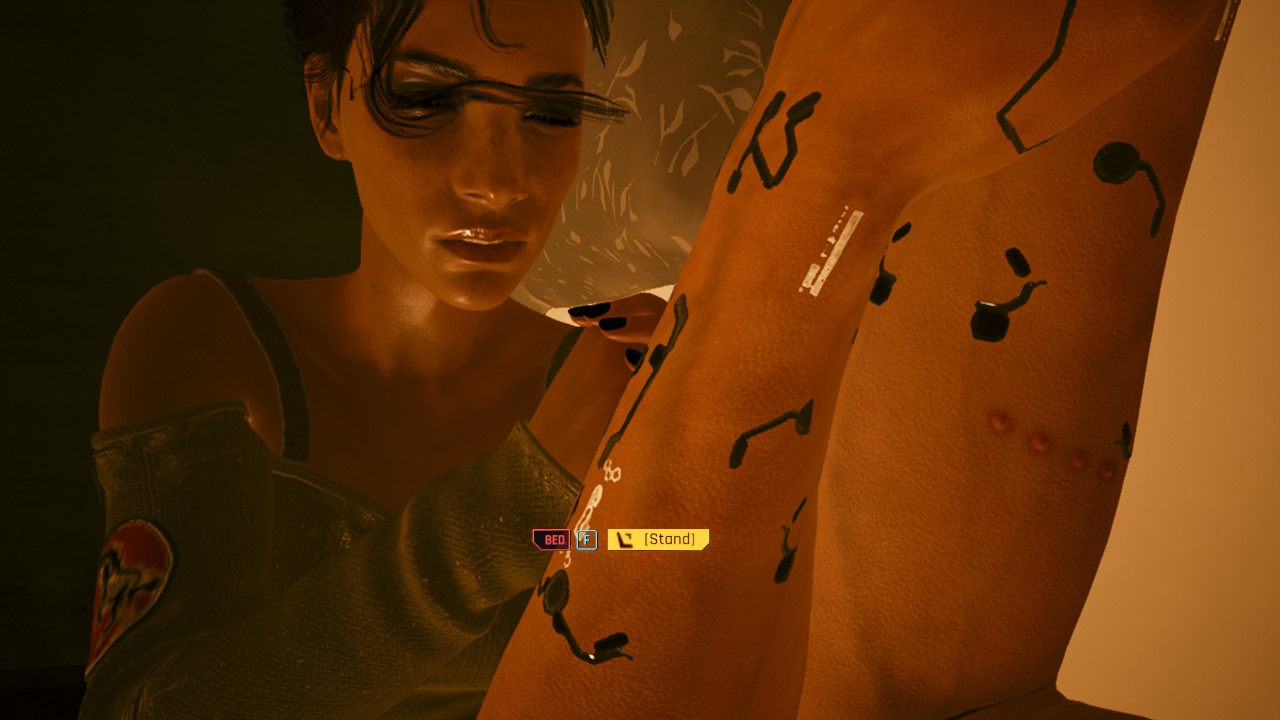 At the Aldecaldos' campsite, you will have a tent with its own bed. If you sleep it in, you will wake up with Panam next to you. Even before sleeping, you can hug Panam when you visit her at the camp.

Can You Romance Panam As Female V?

If you're playing a female V, unfortunately you can't romance Panam during the story. You can try, but she will reject your advances. Don't worry; this won't affect any endings involving Panam as shown below.

Does Panam Affect the Ending?

Yes, but Romance Not Required 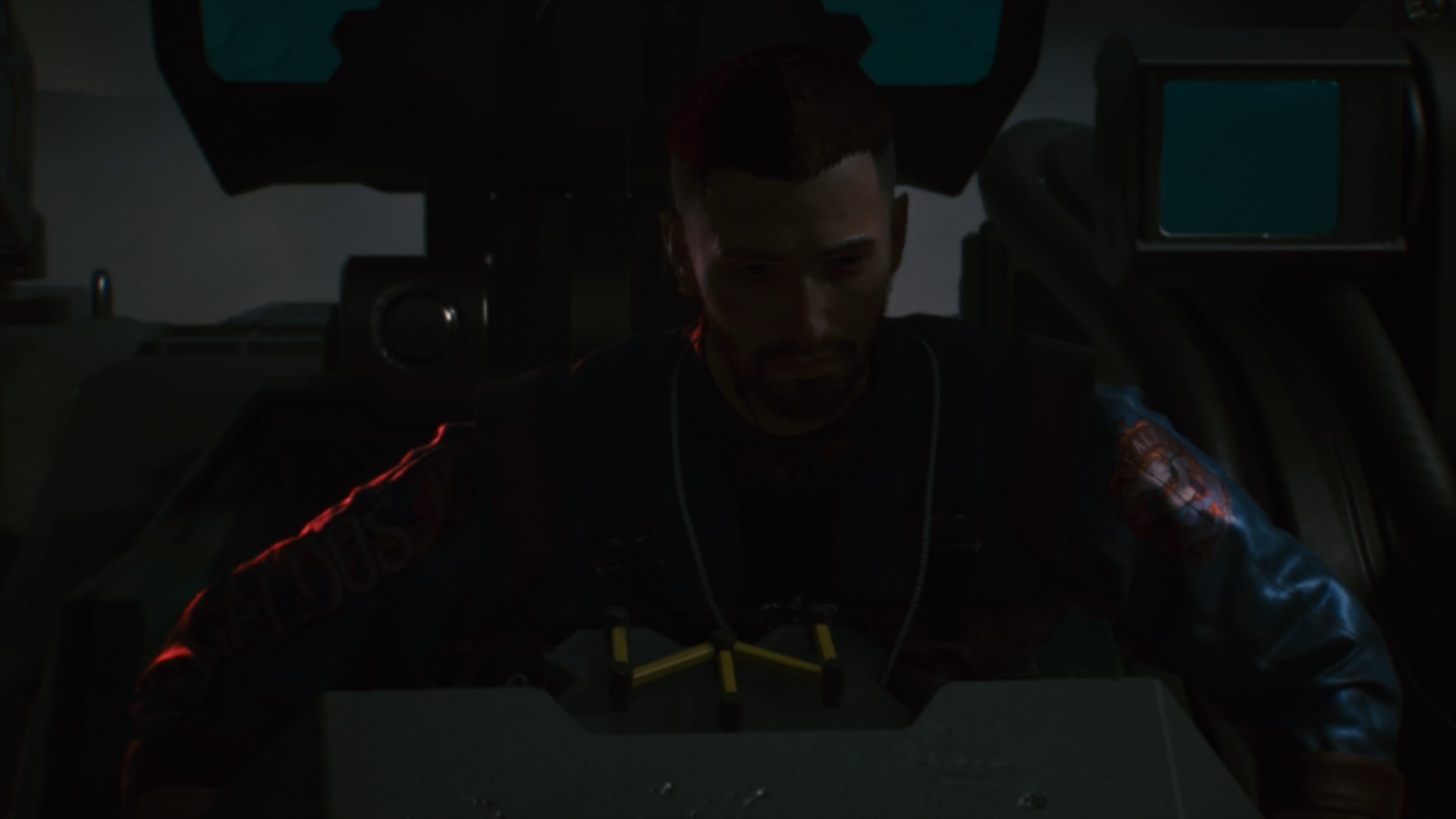 The player's relationship with Panam has a significant impact on the ending of the game if the player wants to achieve the Star ending.

During the conversation with Johnny in Nocturne OP55N1, if the player has completed all the Panam Side Quests, they can select the Gonna ask Panam for help option, which is necessary for the Star ending.

It's not required to romance Panam to achieve it, so characters of both genders simply need to complete Panam's Side Quests to achieve this ending.

Panam Story and Side Quests 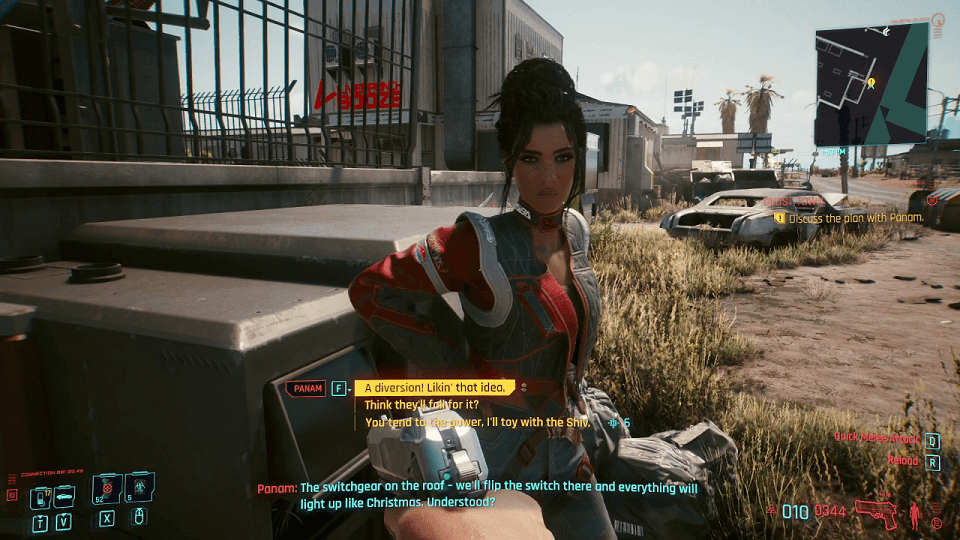 Panam is indebted to Rogue, and V is assigned by Rogue to help her obtain her lost ride and merchandise. After doing so, she agrees to help V capture Hellman, the person who designed the chip inside your brain that contains Johnny Silverhand. 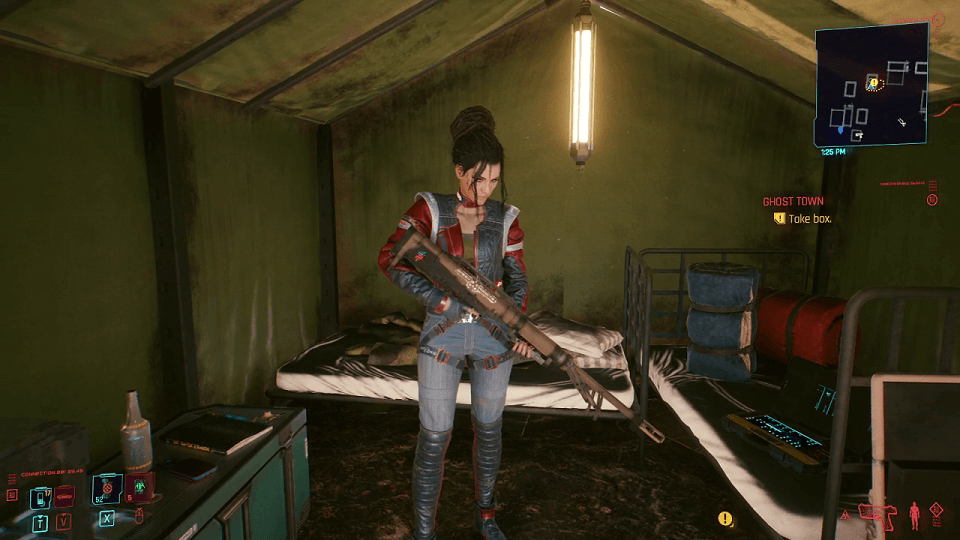 You two end up working together to take out the AV containing Hellman, and then chasing Hellman down. After Hellman is captured, that's the end of her involvement in the main story.

The Aldecaldos end up rescuing her and V after you capture Hellman. V learns that she has a shaky relationship with Saul, the leader of her family, which is why she doesn't stay with the Aldecaldos anymore.

Riders on the Storm 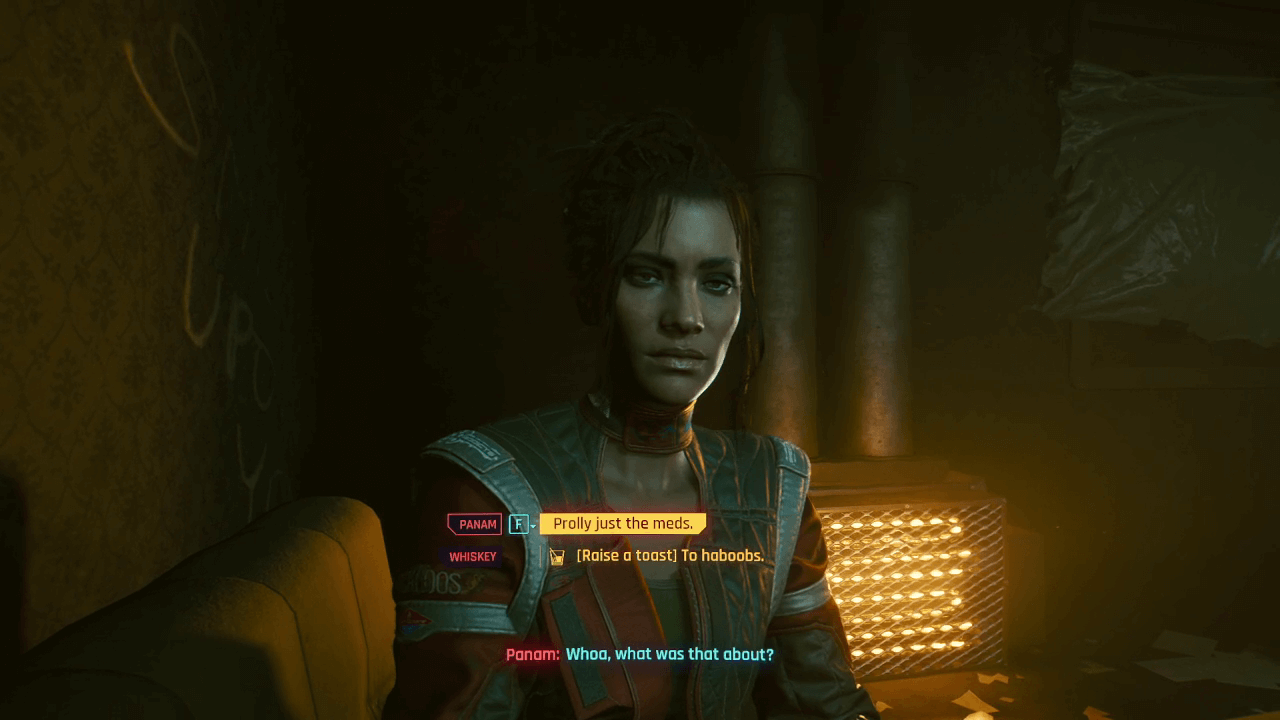 Afterwards, V ends up getting a call from her regarding Saul being kidnapped by Wraiths, and V is asked to help her rescue Saul through a sandstorm. Upon rescuing him and hearing conversations between Saul and Panam, you learn that they've got a difference in opinion regarding how the family should be run, but Saul still wants her in the family.

Riders On The Storm Quest
Walkthrough and Rewards

With A Little Help From My Friends 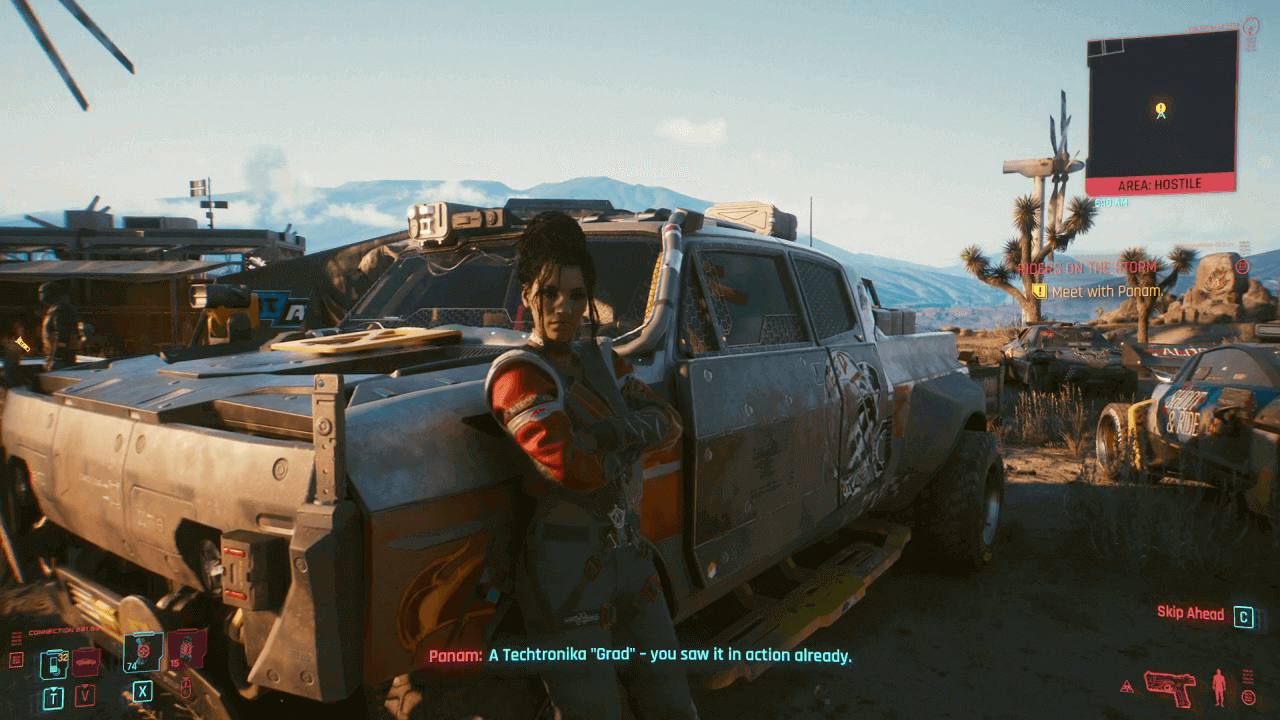 She returns to the family, but after a few days, she asks V to help her hijack a Basilisk behind Saul's back. A Basilisk is a tank, and she says she needs it to defend the family, and she's gotten a few of the other veterans on board. After the Basilisk is stolen, Saul chastises her and storms off upon finding out.
With A Little Help From My Friends
Quest Walkthrough and Rewards

Queen of the Highway

Regardless, they keep the Basilisk and the next day she invites V over to try it out, and during the middle of the test run, the Aldecaldo camp gets attacked. V and Panam come charging in with the Basilisk, decimating the Raffen Shiv. Saul then talks to Panam, saying that he wants her to lead the Aldecaldos alongside him.
Queen Of The Highway Quest
Walkthrough and Rewards

In order for us to make the best articles possible, share your corrections, opinions, and thoughts about 「Panam Palmer: Romance Guide and Side Quests | Cyberpunk 2077」 with us!