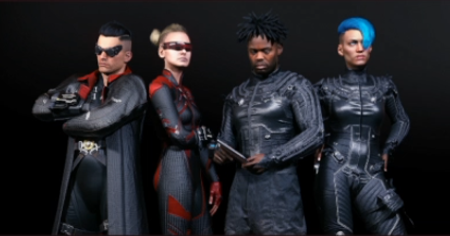 This is a guide to the Best Netrunner Build for Cyberpunk 2077 Patch 1.6. Read our guide for details about the build, what attributes to level up, which perks to choose, and what weapons and cyberwares to use.

Focus on upgrading Intelligence first, as it is the foundation of any Netrunner build. Both Quickhacking and Breach Protocol will come into play when hacking opponents, devices, and robots. Occasionally pour points into Cool and Reflexes as needed, to gain access to the Ninjutsu and Handguns perk trees.

Putting some points into the Body Attribute will help with keeping you alive in case enemies catch wind of your presence. Don't rely on it too much, though.

At first, you'll find yourself using silenced handguns as your main weapon, but soon you'll come to depend more and more on Quickhacks to take out enemies.

Ideally, you'll eventually want to unlock all the perks in the Quickhacking tree. But if you're starting out, you could prioritize perks like Biosyngergy to allow your RAM to recover during combat.

Get the Subliminal Messaging perk as well to increase the damage of your hacks to unaware enemies.

In the Breach Protocol perk tree, get perks like Mass Vulnerability and the Quickhacks upgrade to make your enemies take more damage against your quickhacks. Big Sleep, Turret Shutdown, and Hackathon are also useful perks to get, so you won't end up getting detected by turrets and cameras.

With Ninjutsu, get the Cheat Death, Hasty Retreat, and Assassin perks so if you're detected, you can runy away quicker and not get killed, on top of a slight damage boost against human enemies.

In the Cold Blood tree, we want to get the eponymous Cold Blood Perk, as well as Frosty Synapses and Quick Transfer so we can dish out Quickhacks faster.

For a good while, you'll find yourself using silenced handguns as your main weapon while building up your quickhacking skills. That's why you have to get handgun perks like Gunslinger and Desperado, so you can pull out your gun faster, reload, and do more damage.

When you can afford to, put some points into Body and Atheletics so you can unlock the Marathoner perk so sprinting doesn't cost you stamina anymore. Regeneration is also useful to get more health when you run out of MaxDocs.

One of the most powerful iconic handguns in the game that you should get your hands on as soon as possible. You can put a silencer on this gun too, ensuring you'll still be stealthy on missions.

If you don't have the Archangel yet and are starting early, then you can get your hands on the Kongou instead. It's an iconic pistol that comes out at the 'Rare' level first but becomes more powerful once it's upgraded to 'Legendary'.

How to Get the Kongou

The NetWatch Netdriver MK. 5 is the best piece of cyberware you can get your hands on if you're a Netrunner. On top of the increased spread of your quickhacks, it also increases their damage and your RAM recovery rate.

All you need to do is make you you have enough eddies and the street cred necessary to buy it.

Another alternative you can use is the Tetratonic Rippler MK. 4, which makes your quickhacks upload 75 percent faster. This allows you to unleash ultimate quickhacks like Cyberpsychosis and Detonate Grenade more quickly, and spam other quickhacks like contagion.

A good backup weapon to have in case you run out of ammunition for your silenced pistol, the Monowire takes out enemies both at close range and from a distance, allowing you to grab another gun during a firefight.

The Ex-Disk allows you to spit out quickhacks left and right because of your increased RAM units. You'll also need it to activate some of the ultimate quickhacks in the game like Cyberpsychosis while using other quickhacks as well.

Another very useful cyberware that will free up RAM units for you. Essential in keeping up with uploading more quickhacks during battle.

The Tyrosine Injector is a must-have for Netrunners, as it gives you much more time to do the Breach Protocol mini-game while hacking enemies.

This not only makes your enemies weaker against quickhacks or attacks but also gives you money along with the ability to turn off cameras and turrets.

The Kerenzikov is a useful cyberware to have as it will let your netrunner aim their gun freely while dodging, which will prove useful if your cover is blown.

One of the best quickhacks you can use in the game if only because of its low RAM requirements and how much damage it can cause if used correctly.

It can put groups of enemies down for the count, especially if you use the NetWatch Netdriver MK. 5, which uploads this quickhack in two to three enemies at once.

Short Circuit: Quickhack Effects and How to Obtain

Another good quickhack to have, as it not only damages groups of enemies but leaves them vulnerable to other attacks.

Contagion: Quickhack Effects and How to Obtain

One of the legendary quickhacks that may be situational at times. What you can do is upload this quickhack on an enemy that has a view of the whole op site like a sniper, then upload the contagion quickhack on another enemy as soon as the cyberpsychosis quickhack upload is complete.

How to Play the Netrunner Build 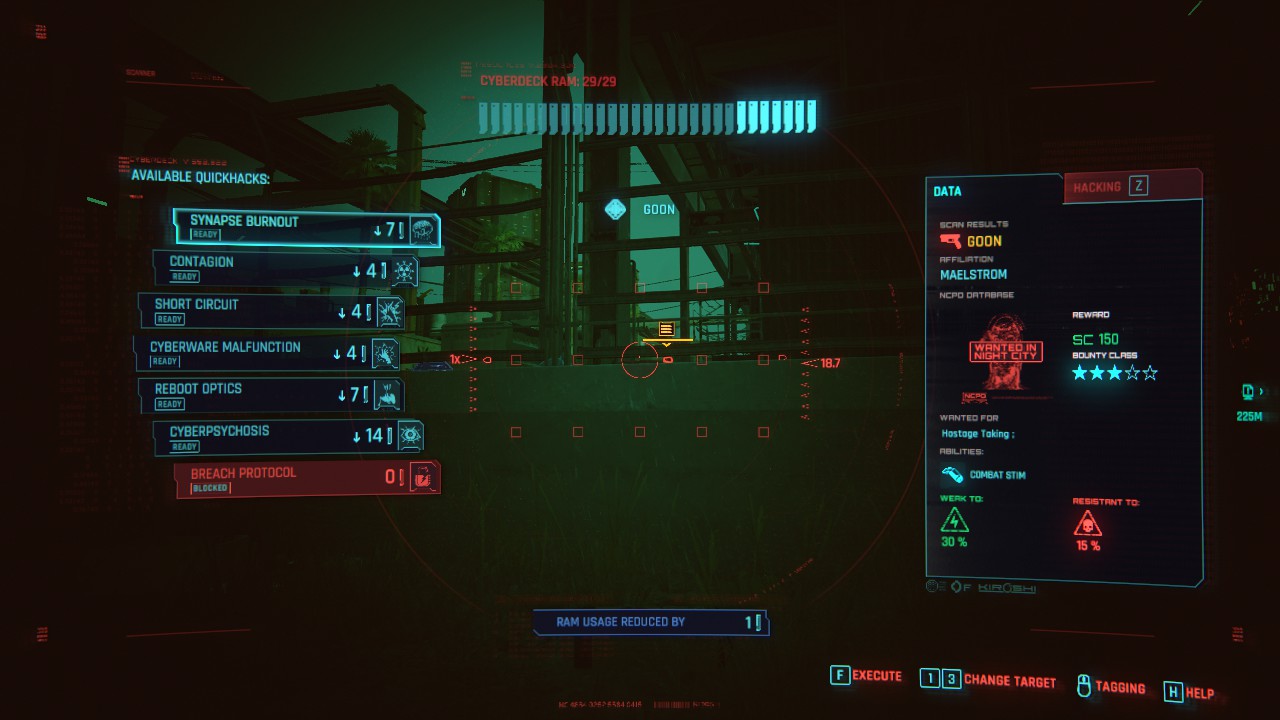 The main reason why you want to strike from the shadows as a Netrunner is that you won't last that long in a straight firefight. That's why it's better to just upload quickhacks from a distance, where enemies can't see you and see the chaos unfold without them even knowing you're there.

Quickhacks Are Your Main Weapons 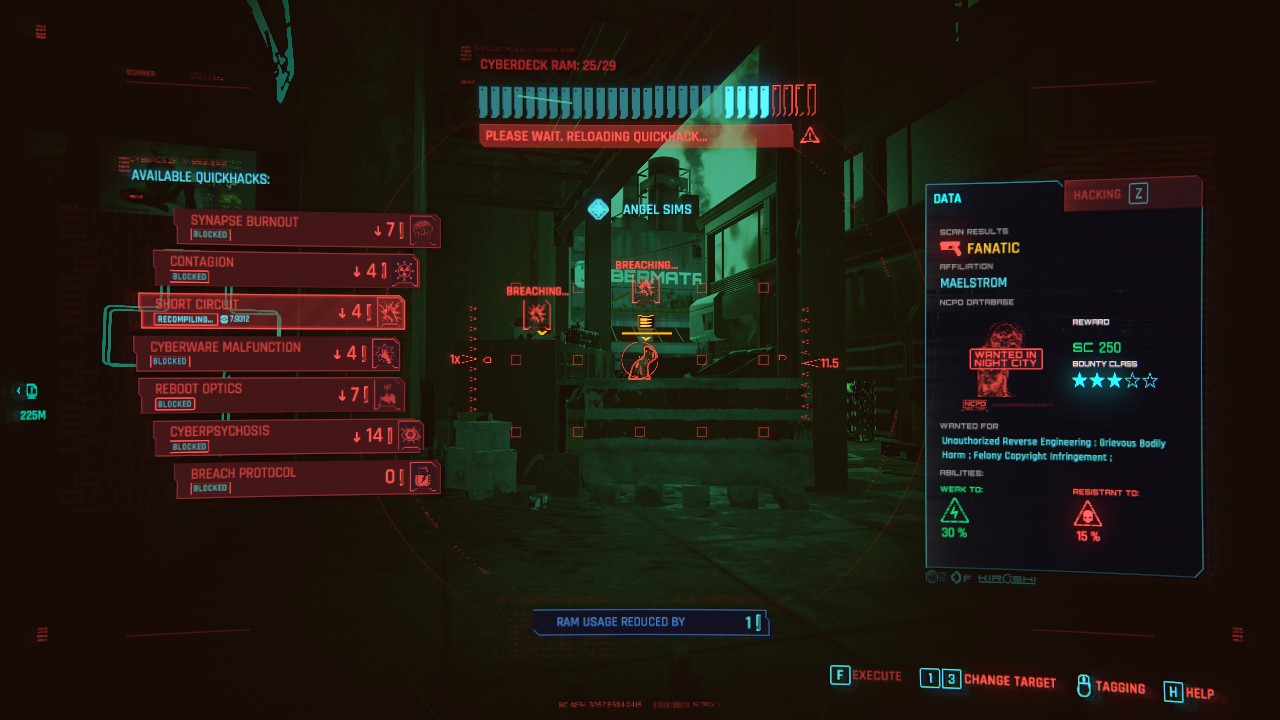 Unlike other builds, the Netrunner's main weapon is their array of quickhacks. That's why increasing your RAM units, as well as decreasing your quickhack cooldown time is important. RAM units are your ammunition, and you don't want to run out of ammo in a fight.

Use Handguns and the Monowire as a Last Resort 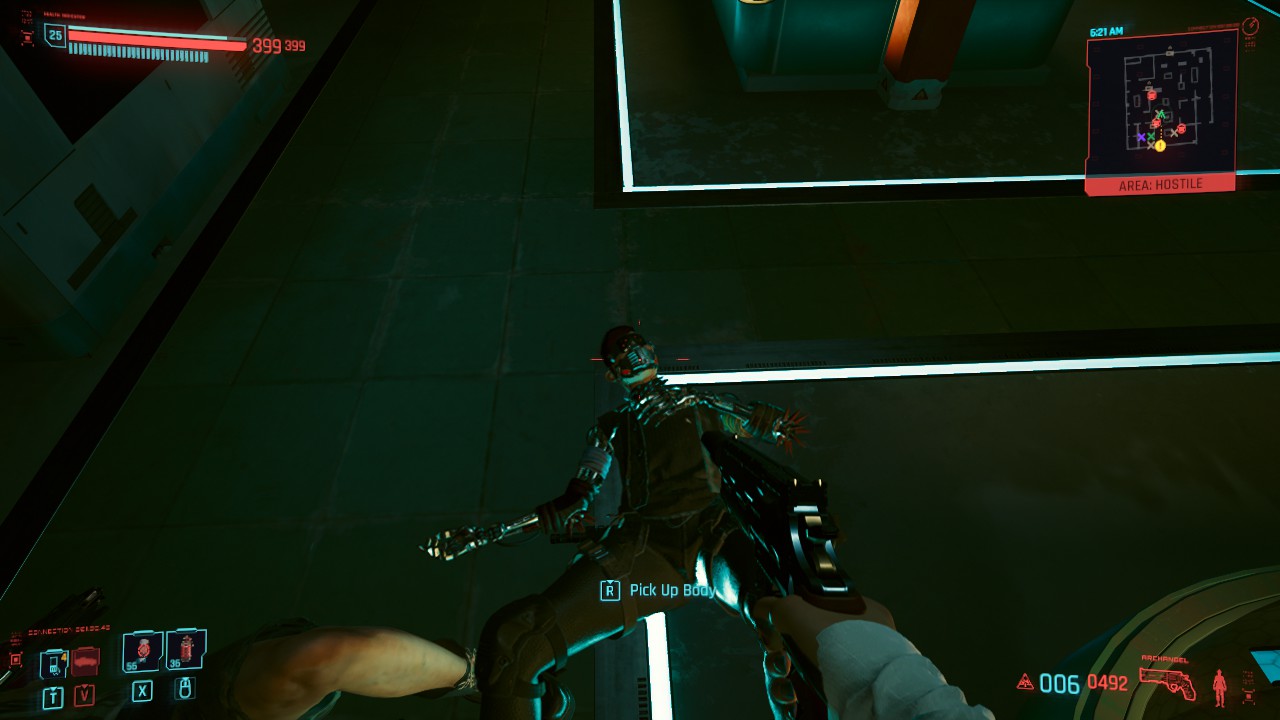 In case your cover's blown, you have to wait for your quickhacks to cool down, you'll have to fight with your fallback weapons. But it's better if you go back into hiding than to keep on shooting since your enemies will likely rip you to shreds before long. 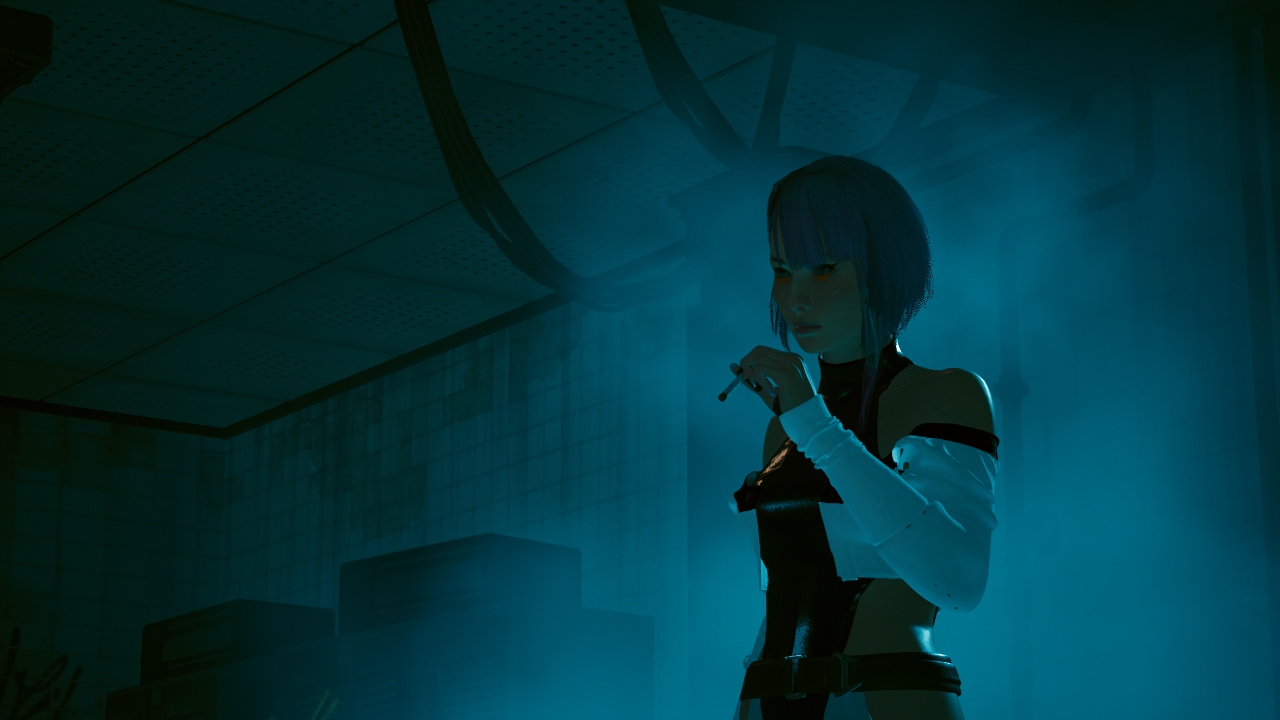 The notorious netrunner Lucy from the Cyberpunk: Edgerunners anime is a powerful hacker that can face off against enemies when needed with her deadly Monowire. But don't count on her to last too long in a straight firefight.

Build this netrunner similarly to the main build, but instead of progressing through the Handguns perk tree, instead upgrade your Blades perks, as your monowire will be your main weapon against enemies. You'll also have to take some points from the Body attribute so you can get your Reflexes to 18 and get the Deathbolt perk.

Still, facing enemies head-on should be a last resort only. Use your quickhacks as your main weapon, and take them out from the shadows.

In order for us to make the best articles possible, share your corrections, opinions, and thoughts about 「Best Netrunner Build for Patch 1.6 (Quickhack Build) | Cyberpunk 2077」 with us!