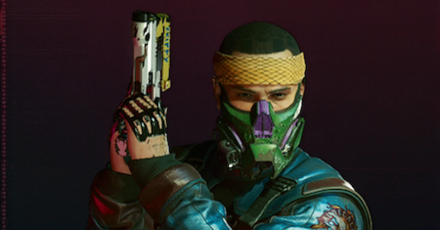 The armor and clothing items which are shown here is based on Legendary Armor found at the end of the game. While most players who are still working their way through the story won't be able to obtain them, there are some that are found in specific locations or NCPD hustles.

As Cyberpunk 2077 has a high turnover for armor, the strongest armor for most players will be the ones which you found recently at your current level. Find armor which matches your Perks, and which has the highest Armor stat!

Aside from the best end-game armor, there is plenty of strong armor and clothing to be found throughout the game, so choose the ones which best match your specific playstyle!

Note that for Johnny's Aviators to have 3 mod slots, you will need to craft it to Legendary to have a chance.

Note that for Johnny's Pants to have 3 mod slots, you will need to craft it to Legendary to have a chance.

About Armor and Clothing Stats

As explained in detail in our List of Clothing, there are no individual stats associated with specific Clothing items.

The Armor stat depends on the Body Part and the player level when the Item was found, as well as their Crafting Skill Progression if it was crafted. The number of Mod Slots depends on the Rarity of the Clothing.

For this reason, there is no real “Best Clothing“. In theory, the Best Clothing in the game is any Legendary clothing which was crafted by the player at level 50 with a Crafting Skill of 20, and with a pinch of good luck from the RNG fairy.

We've added a list based on our own confirmations of the best Legendary Clothing with the max number of mod slots, but keep in mind that other players' lists may feature entirely different items.

In order for us to make the best articles possible, share your corrections, opinions, and thoughts about 「Best Armor and Clothing | Cyberpunk 2077」 with us!