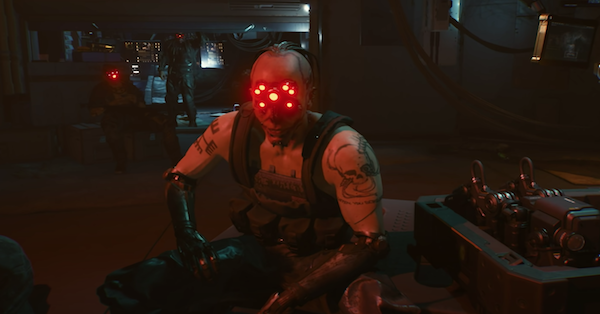 This is a guide to the best Attributes to choose at the start, middle, and ending of the game.

The Attribute choices below are considering an playthrough of the game on Normal Difficulty or below.

Raise Technical Ability and Intelligence to 6

Combat-focused stats like Reflexes and Cool have a host of useful Perks which allow for increased proficiency in combat; that said, these combat boosts cannot be called indispensible. Using weapons or armor with high enough stats will effectively balance any missing stat points or Perks from the Combat Attributes.

Technical Ability and Intelligence, the Attributes which are more focused on out-of-battle aspects of gameplay, cannot be replaced by simply improving your equipment. Certain gameplay options, such as hacking Access Points, unlocking doors, and disarming mines, can only be completed by players with sufficient points in these stats, which makes them the most useful Attributes to invest in at the start of the game.

Body is also important for Force Opening doors, but as these are rare in Act 1, we'll save the Body stat investment for later.

The Intelligence stat is useful for Hacking. It will allow you to use Access Points that players with lower Intelligence cannot, and gives access to unique Quickhacks through Perks in the Breach Protocol tree. Since players without these Perks have no way of unlocking these Quickhacks, Intelligence is a highly sought-after Attribute.

Technical Ability, like Intelligence, is useful for providing options which cannot be accessed in other ways. Sometimes, you will need a specific number of points in Technical Ability to unlock a door or accomplish a specific task, so you'll want to have enough points allocated here for when situations like this occur.

Starting in Act 2, the number of doors which can be opened with a high Body Attribute will greatly increase. By this time, you'll want to have invested sufficiently in Body to ensure that you can open these doors to find extra items or skip parts of Quests easily.

Having a Body Attribute of 14 will unlock the Marathoner perk, which allows for unlimited sprinting without using stamina, which will allow players to hoof it through the various Quests of Act 2 without needing to slow their pace.

At the end of the game, and beyond, when you're reaching past level 30 into the forties and heading to max, you'll be working to push the boundaries of your character by crafting the Best Weapons and Best Armor. The weapons and armor you find at a high level will be powerful, but more importantly, you'll acquire crafting specs which allow you to make even more powerful versions of the same items.

Crafted Legendary items can also be sold for more than the cost needed to build them, making Technical Ability a must for money farming as well.

On top of all that, a Technical Ability stat of 20 will let you open virtually any door affected by the stat, making it useful in a variety of contexts.

By this time, you'll want to have put at least two more points into Intelligence as well. This will allow players to use most Access Points, and provide sufficient status boosts to make your Quickhacks more than viable enough to handle endgame opponents.

How to Best Spend Attribute Points

Choose Attributes to Suit a Class 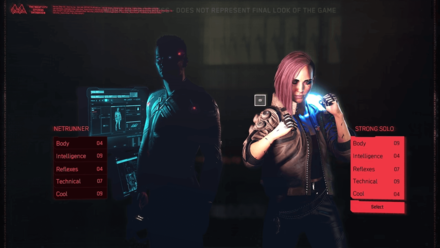 The best Attributes to choose at the start of the game are those which suit a Class playstyle of your choice.

For example, if you plan to go into situations with guns blazing, placing points into the Reflexes stat will be essential. On the other hand, if you're hoping to go for a stealthier style, Attributes like Technical Ability and Cool will prove more useful.

Players may even be able to avoid combat situations entirely with a certain playstyle, in which case Attributes like Reflexes and Body will go to waste.

Best Build for Each Class

Placing a moderate amount of points in all Attributes will allow players to be a jack of all trades, but a master of none.

This will prevent players from achieving the best of any playstyle, as they won't be able to unlock the best Perks from any branch of the Skill Tree.

Some players may want to try a bit of everything, and in this case, this may be a fine choice for the start of the game. However, it's best to start working your way up in specific Attribute once you find your footing.

Post (1 Comments)
Opinions about an article or post go here.
Opinions about an article or post
We at Game8 thank you for your support.
In order for us to make the best articles possible, share your corrections, opinions, and thoughts about "Best Attributes | How to Best Customize Attributes" with us!
When reporting a problem, please be as specific as possible in providing details such as what conditions the problem occurred under and what kind of effects it had.