Battle System and How to Fight | Cyberpunk 2077 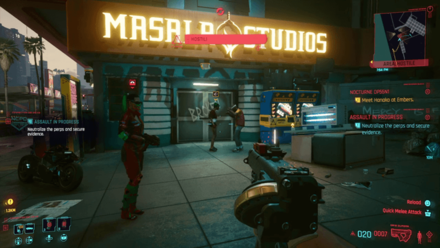 This is a guide to the Battle System and How to Fight in Cyberpunk 2077. Read on to know the basics of fighting in the game and how the battle system works!

Cyberpunk 2077 employs a similar Battle System to other RPGs such as damage variations, types, and resistances. 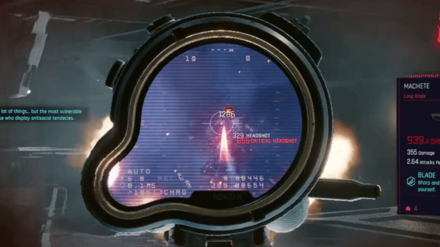 Whenever you deal damage, you will notice variations in the degree of injury inflicted.

Each particular armor, weapon, and enhancement gives you a damage type and resistance. Taking a look at a character's details will determine how high your resistance is towards a Damage Type.

Here's a list of the damage types and resistances: 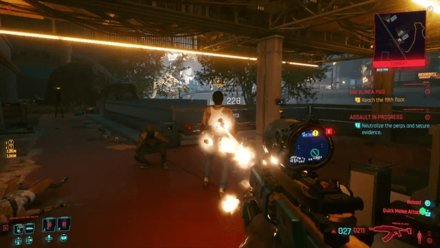 Press or hold the fire button with a weapon equipped to hip-fire toward the center of your screen. Adjust your aim to keep your targets in your sights while you move. Shooting in this manner is suitable for very quick close-quarters gunfights, or when a target is at point-blank range.

Hold the aim button to switch from your viewing angle's default position to your weapon's iron sights or scope. This will improve your aim and accuracy, making it far easier to align shots on more distant targets, or to shoot at specific body parts.

Your character will reload automatically whenever your ammo clip is empty, but it is suggested that you reload manually - ideally while in cover. You should always ensure that you have sufficient shots to take down at least one target whenever you emerge from cover and take aim.

Always position yourself to have easy access to cover when a fight is unavoidable. When your character is at the edge of a cover point, or is crounched behind a low barrier, hold the aim button to quickly emerge and shoot with the fire button, releasing the aim button to immediately return to safety.

Try to stay on the move as much as you can while facing multiple enemies, quickly alternating between different cover spots as you search for advantageuos firing positions. This will prevent your opponents from camping in positions, as well as providing opportuning to take them down as they relocate.

As mentioned earlier, you will notice that some of your shots deal increased damage. Your character's attributes and weapons have their own critical chance and critical damage stats.

As you progress through the main story and explore Night City, you will secure more and much powerful weapons, each with their own specific features such as homing or penetrating bullets. Multiple skills and perks can also give you an edge in shootouts, enhancing your proficiency with certain weapon types. 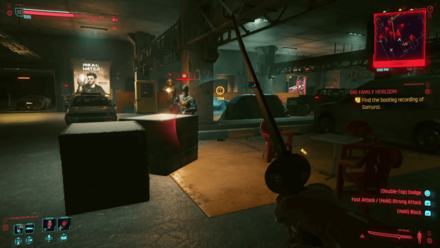 Use the attack button to perform melee attacks. Tap for a light attack, and hold then release for a strong attack. The latter can break an enemy's guard. Multiple successive presses lead to combos.

Hold the block button to raise your guard. You will then automatically block all incoming attacks, reducing the damage that your opponent can inflict.

Attacking, blocking, and dodging will deplete your stamina bar. Stamina regenerates over time, but sustained activity will empty it rapidly, so be sure to manage it well.

You will gradually unlock new perks that will potentially improve your melee combat proficiency via bonuses and new capabilities. 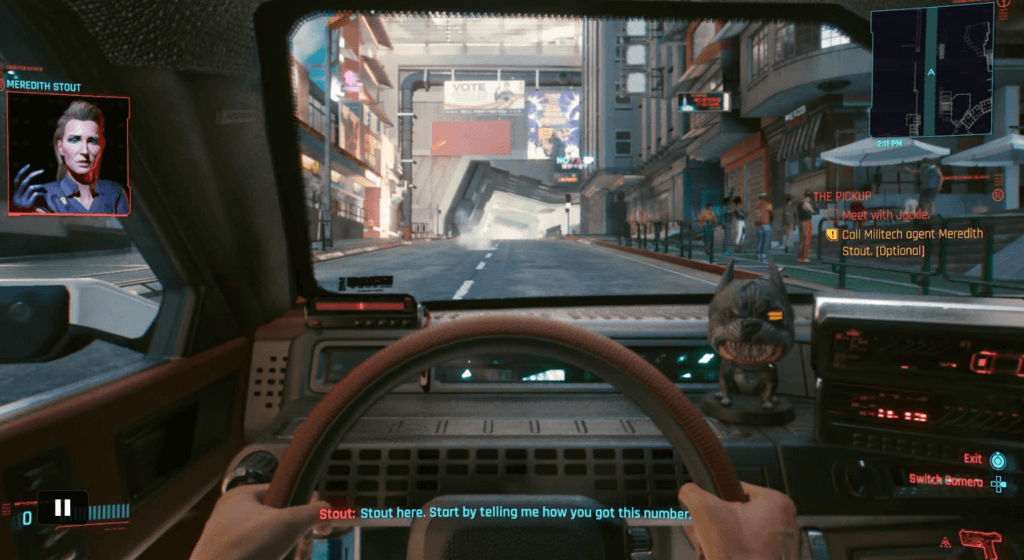 You can approach quests in various ways, depending on the decisions that you make when they arise. Most choices have short-term consequences, but others can have lasting repercussions that affect how critical events unfold.

For example, in The Pickup, there are multiple approaches to complete the quest, including meeting a corporate agent to cut a deal or using your personal money to resolve a problem. 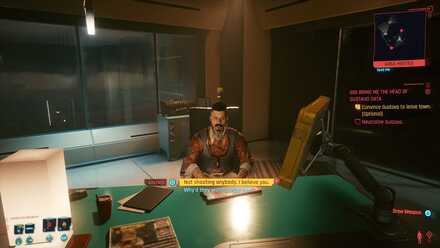 As you play quests, you will face countless instances where you are required to choose between a number of dialogue lines. At specific moments, however, you will face dialogue choices that might lead to significant consequences, propelling your character towards unique branching paths in the storyline. 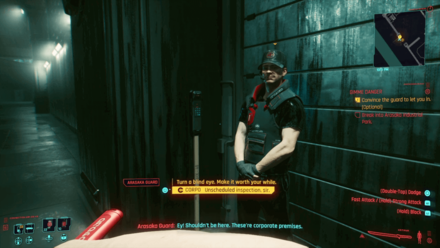 From time to time, you will encounter special interactions or dialogue lines. This will either depend on your chosen backstory (Life Path) or if you have the required level in a given attribute. Whenever you run into one of these exclusive context-sensitive interactions, you can consider it to be an option worth exploring. 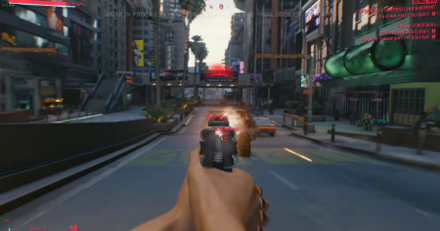 Most fights will be determined on what you equip. Powerful guns will obviously be your choice but enhancements will allow your character to deal with certain circumstances.

Resistances will also play a factor and depending on the type of weapon and enhancements you go for, certain resistances can be easily overcome while others may prove a challenge. Understanding the weak points of enemies are also crucial.

In order for us to make the best articles possible, share your corrections, opinions, and thoughts about 「Battle System and How to Fight | Cyberpunk 2077」 with us!