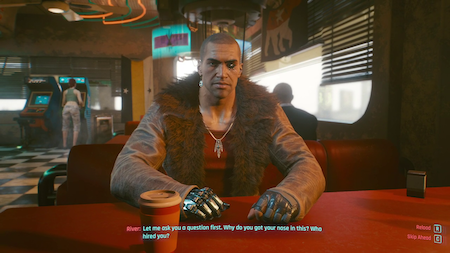 This is a guide on River Ward, a character in Cyberpunk 2077. Learn about how to romance River with our full romance guide, what Side Quests and choices are needed to romance River, and River's effect on the ending of the game.

How to Romance River

River Can Be Romanced

River Ward is available as one of the Romance options, but only for Female body type V. If you're hoping to romance River Ward, be sure to choose a Female character at the start of the game, as this aspect cannot be changed at any time. You can, however, choose the Male voice and still romance River.

Does River Ward Affect the Ending? 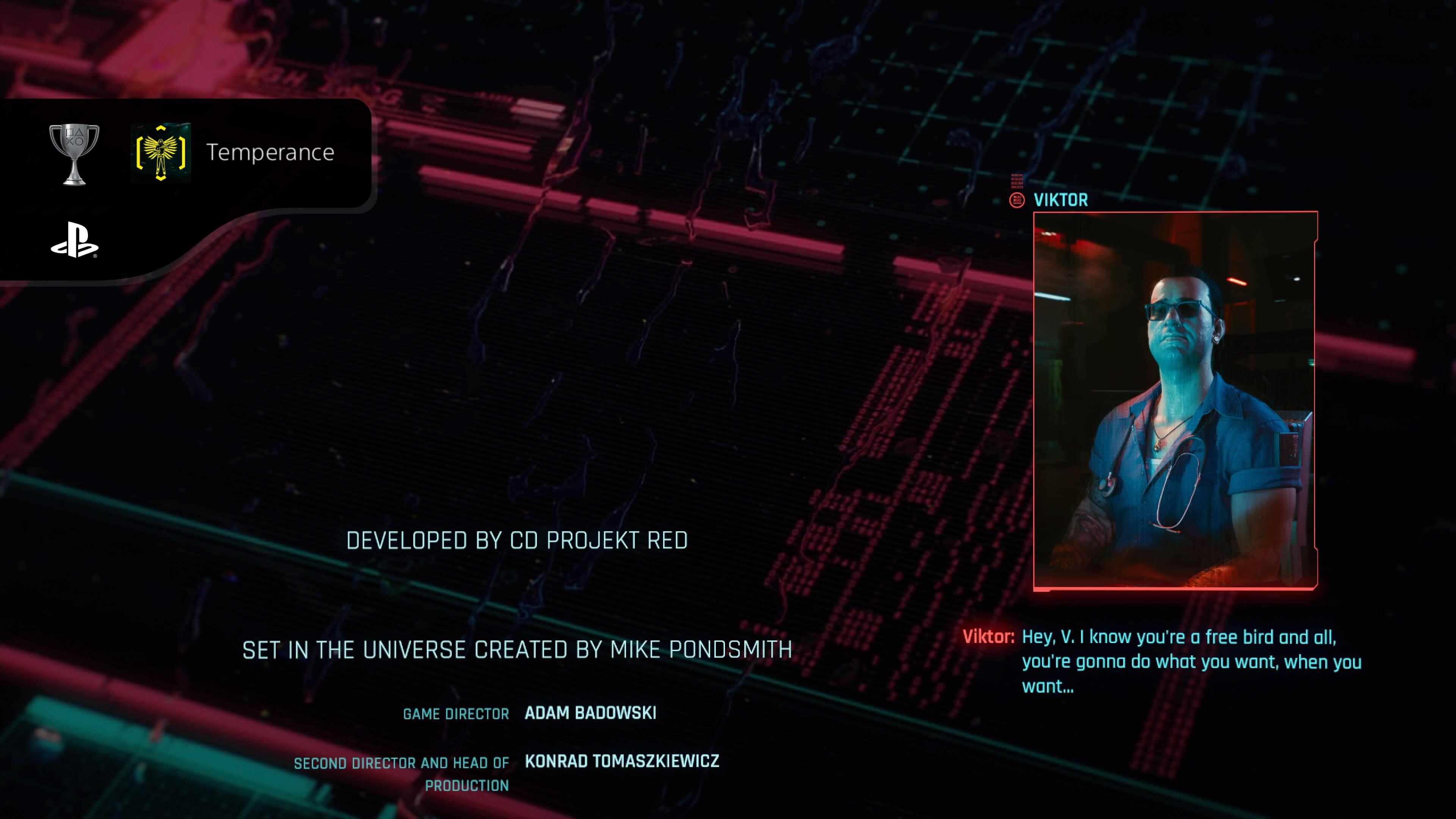 If you romanced River you can choose to call him during Nocturne OP55N1. If you choose Rogue's route, he will appear during Path Of Glory before V leaves for space in the Sun ending. He will also still appear in a message to V during the end credits.

River Story and Side Quests

I Fought The Law 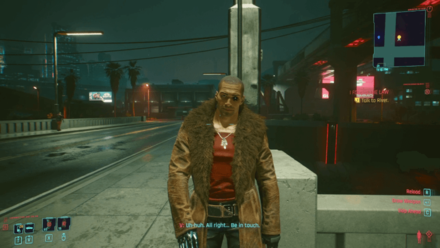 V meets the NCPD Detective River Ward after V gets hired by Jefferson Peralez, the running mayor of Night City, to investigate the death of the previous mayor. He's seen first in a braindance killing the cyberpsycho who attempted to kill the mayor before his death. V then meets him at a diner and he helps V investigate the matter.

In the process, he finds out his partner helped cover up the mayor's death, and he's distraught by this revelation. He thanks V nonetheless and goes on his own way for a while.

I Fought The Law Quest
Walkthrough and Rewards 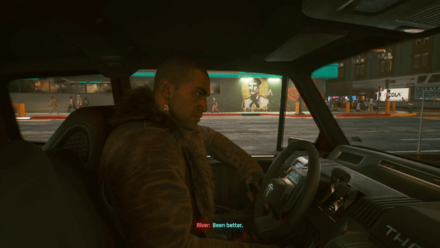 Some time later, V gets a call from River asking for his help. Once they meet up, River reveals that a notorious kidnapper has just been apprehended, and his nephew Randy was a victim of that kidnap. The two then break into a lab to find details on the kidnapper, where it is revealed to V that River is suspended.

Afterwards, they proceed to Randy's house where they find clues about the kidnapper. They find something to jog his memory, and then explore his dreams and memories via braindance, then rescue Randy and the other boys.

The Hunt Quest Walkthrough and Rewards 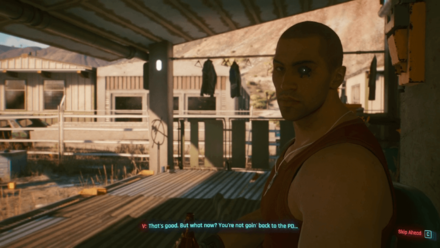 Following that, V is later on invited by River to have dinner at Randy's house. They spend time cooking and playing with River's nephew and niece, then they end up chilling at the top of the nearby water tower overlooking Night City.

If V is female and made the right decisions to show interest in River through the course of his questline, he becomes romanceable during this scene and the two can enter a relationship together.

In order for us to make the best articles possible, share your corrections, opinions, and thoughts about 「River Ward: Romance Guide and Side Quests | Cyberpunk 2077」 with us!