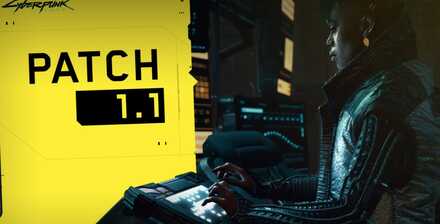 This page has the patch notes and all details of fixes included in Patch 1.1 (Update 1.10) for Cyberpunk 2077. See if the bug you have been experiencing has been fixed in Patch 1.1!

Patch 1.1 focused largely on bugs occurring in specific Quests which impede players' progress in the game, as well as console-specific issues such as the frequent crashes affecting the PlayStation 4 version. Low graphical performance due to memory constraints on last-gen platforms have also been addressed.

There are still a number of issues affecting gameplay which were not resolved in Patch 1.1, so it's likely that Patch 1.2, scheduled to ship in February, will bring the game closer to the finished product fans are expecting.

Takemura calls during Down In The Street, but his video thumbnail appears and he says nothing. I can’t fast travel or sell or talk to people because I’m technically in a phone call. This is PS4 version updated to v 1.10.

Register as a member and get all the information you want. (It's free!)
Login
Opinions about an article or post go here.
Opinions about an article or post
We at Game8 thank you for your support.
In order for us to make the best articles possible, share your corrections, opinions, and thoughts about "Patch 1.1 (Update 1.10) | Patch Notes and Release Date | Cyberpunk 2077" with us!
When reporting a problem, please be as specific as possible in providing details such as what conditions the problem occurred under and what kind of effects it had.