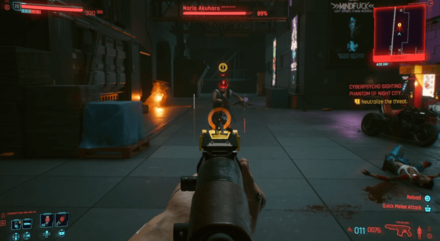 How to Unlock Cyberpsycho Sighting: Phantom of Night City

Use a combination of grenades and rifles (sniper or assault) to take out all other opponents. Once its just the boss, use quickhacks, grenades and shotguns to defeat him.

It's best to go the tactical approach since there are a lot of enemies here. If you go brute force, there is a high chance to be attacked from all directions. Quickhacks will disable the boss for a bit while grenades and shotguns will do major damage to him.

Use Shotguns and Sniper Rifles 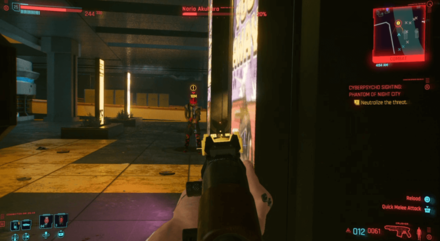 For the boss, he is very susceptible to being knocked back by shotguns so use that to your advantage. Power shotguns work well here. For the opponents in the second area, they can kill the boss which will displease Regina. So, snipe them one at a time to help you focus on knocking out the boss. 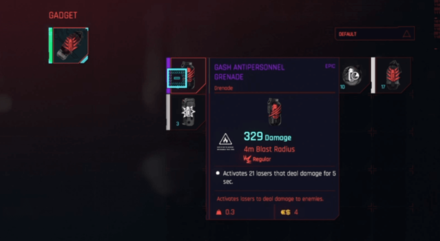 The boss is a bit tough to bring down but if you manage to have the Gash Antipersonnel Grenade, a grenade that activates 21 lasers to deal damage in an area, it can easily take down 15-20% of its health.

This list contains only significant items and those which have a high chance of appearing.

Register as a member and get all the information you want. (It's free!)
Login
Opinions about an article or post go here.
Opinions about an article or post
We at Game8 thank you for your support.
In order for us to make the best articles possible, share your corrections, opinions, and thoughts about "Cyberpsycho Sighting: Phantom of Night City Quest Walkthrough and Rewards" with us!
When reporting a problem, please be as specific as possible in providing details such as what conditions the problem occurred under and what kind of effects it had.