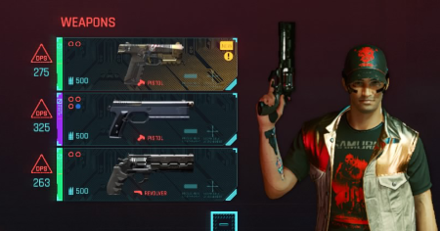 This is a guide on the best weapons for the early parts of Cyberpunk 2077. Read on to know more about what weapons will be useful early in the game and where you can find them.

Most of the early missions in Cyberpunk 2077 involve a lot of fighting - which means you are going to need your weapons.

But sometimes, you will have trouble looking for the appropriate weapons particularly in the early parts of the game wherein you are stuck with weaker weapons for the time being.

One of the earliest problems you will encounter is the lack of ammo. Until you get the Perk Scrapper or gather some Item Components, you won't be able to craft ammo which makes this a real problem.

Given this, if you manage to locate any kind of melee weapon, this will be your best bet in dealing out early damage without worrying about ammo. You can buy a decent one in most weapon shops or you can pick up one in NCPD Hustles or side quests in the game.

This is the earliest Iconic Melee Weapon you can get. It is found in the mission The Heist and is missable since you can't get into Konpeki Plaza after Act I. Since it is Iconic you can make it stronger once you have better crafting components, making it a viable weapon even in later games.

How to Get Satori

In Act I alone, there are three Iconic Pistols in different missions. They generally have better DPS than most weapons you can pick up. Plus, having Iconic weapons early are great as they can be upgraded to the next rarity tier once you have enough components. 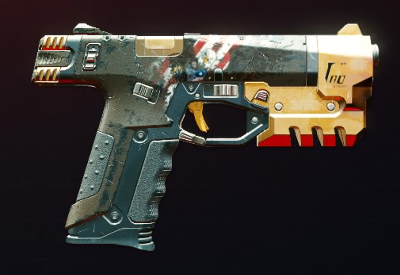 This gun can be acquired immediately after The Rescue mission and is the first of Iconic pistols you can acquire in Act I. This is available at the weapons shop in the very same building V's apartment is located in. Don't worry! It's completely free!

How to Get the Dying Night Iconic Pistol

This is the second Iconic pistol you can acquire in Act I. However, this is a missable one as it requires you to kill Royce either during the negotiations or after the boss fight in The Pickup quest.

How to Get the Chaos Iconic Pistol

This is the final Iconic Pistol in Act I and is also missable if you don't know where to pick this up in The Heist mission. If you accomplished all objectives during the braindance session in Lizzie's Club, you would have been able to scan a pistol on Yorinobu Arasaka's bed. Once in the Heist mission, go to his bed to find the pistol by his bedside.

How to Get the Kongou Iconic Pistol

Register as a member and get all the information you want. (It's free!)
Login
Opinions about an article or post go here.
Opinions about an article or post
We at Game8 thank you for your support.
In order for us to make the best articles possible, share your corrections, opinions, and thoughts about "Best Weapons For Early Game" with us!
When reporting a problem, please be as specific as possible in providing details such as what conditions the problem occurred under and what kind of effects it had.