This is a guide on Arasaka Corporation, one of the corporations in Cyberpunk 2077. Read on to know more about the work these corporations do and how they impact Night City. 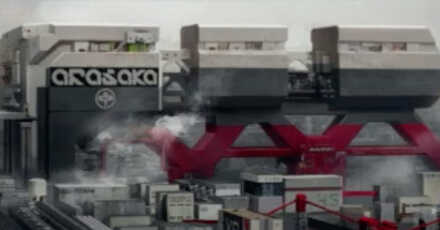 Established by the Arasaka family in the early 20th century, it was headed by Saburo Arasaka to its glory days in the 2020's up until his murder in 2077.

Arasaka Corporation is considered a megacorporation - its influence in the economy worldwide is immeasurable. It has brought Japanase culture, weapons, equipment, and products to practically every single corner of the world - including Night City.

While Militech and other companies compete for weapons production dominance, they pale in comparison to Arasaka's might and amount of soldiers to actually use their weapons. Their presence in the personal security market is unheard of.

Register as a member and get all the information you want. (It's free!)
Login
Opinions about an article or post go here.
Opinions about an article or post
We at Game8 thank you for your support.
In order for us to make the best articles possible, share your corrections, opinions, and thoughts about "Arasaka Corporation Guide" with us!
When reporting a problem, please be as specific as possible in providing details such as what conditions the problem occurred under and what kind of effects it had.