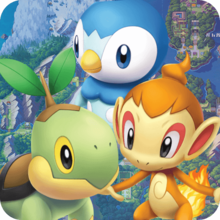 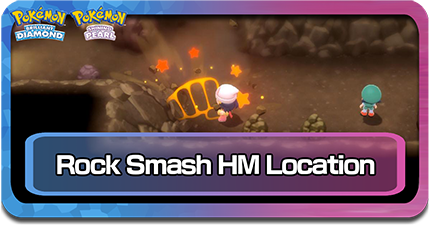 Rock Smash (TM98) is a Fighting-type HM Move (Hidden Move) that allows you to smash cracked rocks in Pokemon Brilliant Diamond and Shining Pearl (BDSP). Learn how and where to get Rock Smash, how and where to use it, and what Pokemon can learn Rock Smash.

All HM Locations and How to Use

How to Use Rock Smash

Press the A Button Towards the Cracked Rock 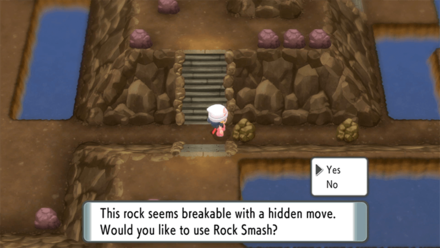 To use Rock Smash in the overworld, press the A button towards a brown cracked rock. Activating the hidden move destroys the rock, allowing you to access new areas.

Defeat Roark to Use Rock Smash as a Hidden Move

You cannot use Rock Smash as a Hidden Move unless you have defeated Roark, the gym leader at Oreburgh City. His team consists of Rock-type Pokemon so be sure to use Grass-type or Water-type Pokemon to deal with his Geodude, Onix, and Cranidos.

After defeating him, you can use Rock Smash to destory cracked rocks to access different areas of the Sinnoh region that you can't access before.

Use Poketch and Switch to the Hidden Moves Screen 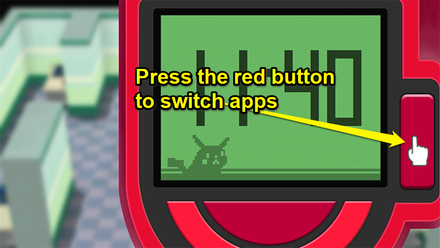 Once the Poketch app is displayed, press the red button to switch to the Hidden Moves screen and select Rock Smash from the menu.

It is recommended to simply press the A button towards the cracked rock as it is faster to do so.

Where to Get Rock Smash

Obtain from the Hiker in Oreburgh Gate 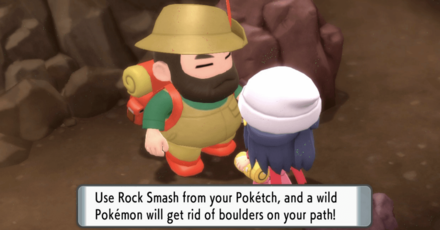 You can obtain Rock Smash (TM98) from the Hiker near the entrance of the Oreburgh Gate on Route 203. Note that you need to obtain the 1st Gym Badge before you can use Rock Smash as a hidden move.

Getting the 1st Badge: Walkthrough Part 1

This TM can be purchased at the Exchange Service Corner in the Battle Park during the post game for 40 Battle Points.

How to Get BP (Battle Points)

All HM Locations and How to Use

All TM Moves and Locations

Moves by Type and Category

Post (0 Comments)
Opinions about an article or post go here.
Opinions about an article or post
We at Game8 thank you for your support.
In order for us to make the best articles possible, share your corrections, opinions, and thoughts about "Rock Smash HM Location (TM98) and Pokemon That Learn It" with us!
When reporting a problem, please be as specific as possible in providing details such as what conditions the problem occurred under and what kind of effects it had.