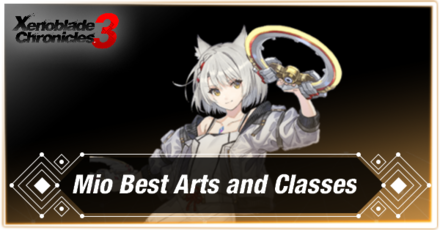 Mio is one of the main characters in Xenoblade Chronicles 3. Read on to see the best arts, classes, builds, and accessories for Mio, including the best Ouroboros Arts and Soul Tree Abilities, as well as to learn about their Ascension Quest!

Equip these Arts initially to make Mio a formidable opponent. Butterfly Blade and Air Fang, in particular, are useful for inflicting damage while gaining aggro from enemies. Wide Slash, when time properly, will allow you to dodge enemy attacks while dealing damage. Speed Demon can be used as well.

All Classes and How to Unlock

Radiant Ring locks on to the target, allowing you deal damage while deals with the enemy's attacks. If combos in battle are not a priority, Full Moon Drop can be replaced with Jaguar Slash. 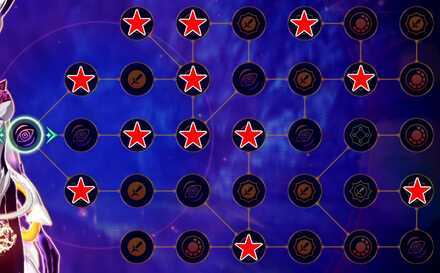 Abilities marked with a ★ should be unlocked as soon as possible.

We recommended unlocking any skill or status-related abilities in Mio's Soul Tree. Abilities that allow you to evade enemy attacks while dealing counter damage will be particularly useful when dealing with multiple enemies.

At the start of the game, you cannot rank up the Zephyr class past Rank 10. To break the class limit and unlock Rank 20 for the class, you must first complete Mio's Ascension Quest: Side Story: Mio.

In order for us to make the best articles possible, share your corrections, opinions, and thoughts about 「Mio Best Arts and Classes | Xenoblade Chronicles 3」 with us!