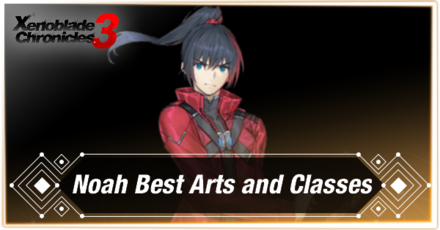 Noah is one of the main characters in Xenoblade Chronicles 3. Read on to see the best arts, classes, builds, and accessories for Noah, including the best Ouroboros Arts and Soul Tree Abilities, as well as to learn about their Ascension Quest!

We recommend using these arts during the early game. Edge Thrust is ideal for Noah since it allows you to deal extra damage by attacking enemies from behind. Sword Strike is a very crucial technique as well since initiating the Break status is great for creating combos during battle.

Shadow Eye is also a good skill since reducing aggro is necessary for an Attacker class to be effective in battle. Although Shadow Eye can be replaced with other Arts, make sure that you have Edge Thrust and Sword Strike equipped no matter what.

As an Attacker, Noah greatly benefits from learning the Ogre Class Skill Dynamite Spirit. By having this skill equipped damage from physical Arts is increased by 40%, making Noah all the more effective in battle.

All Classes and How to Unlock

Noah's initial Ouroboros Arts are some of his strongest. The effects of one of his skills, Omnipresent Blade increases Critical Rate and damage upon landing a critical hit, so having an Art with a high Critical rate such as Unison Strike is a must. Rolling Smash can replace Dragon Tail if you plan to frequently use Noah's Ouroboros form in Chain Attacks. 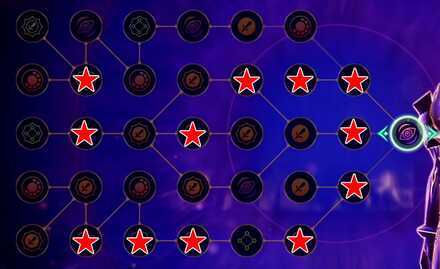 Abilities marked with a ★ should be unlocked as soon as possible.

We recommended unlocking Skill-Related abilities as quickly as possible. Two skills, in particular, Satisfying Pierce and Omnipresent Blade work perfectly with Noah's Ouroboros Arts, and make him a threat on the battlefield.

At the start of the game, you cannot rank up the Swordfighter class past Rank 10. To break the class limit and unlock Rank 20 for the class, you must first complete Noah's Ascension Quest: Side Story: Noah.

In order for us to make the best articles possible, share your corrections, opinions, and thoughts about 「Noah Best Arts and Classes | Xenoblade Chronicles 3」 with us!