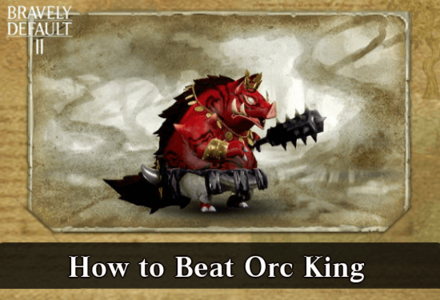 How to Beat Orc King

Equip the Shieldmaster with Two Shields 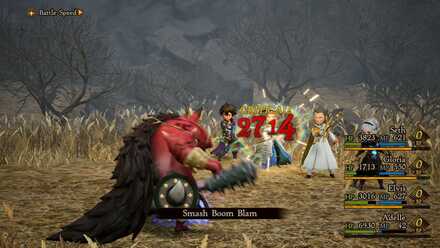 Orc King mostly uses physical attacks. Weapon Whirl can possibly wipe your team but aside from that, all of his attacks are single target only.

Having a Shieldmaster that can endure the Orc King's attacks is vital.

Use Don't Let 'Em Get to You

Orc King's buffs will only last a few turns. Its attack patterns also prevent it from capitalizing on that time frame since he defaults a lot.

To survive his AOE attacks, we suggest having a Bard in your party that is spamming Don't Let 'Em Get to You for reduced physical damage.

Register as a member and get all the information you want. (It's free!)
Login
Opinions about an article or post go here.
Opinions about an article or post
We at Game8 thank you for your support.
In order for us to make the best articles possible, share your corrections, opinions, and thoughts about "How to Beat Orc King" with us!
When reporting a problem, please be as specific as possible in providing details such as what conditions the problem occurred under and what kind of effects it had.