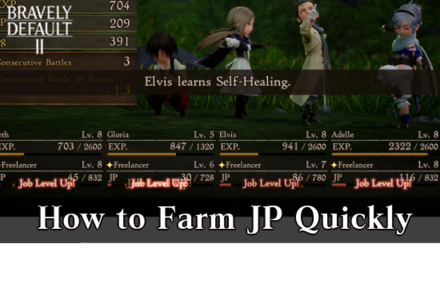 Earning JP, also known as Job Points, is necessary to unlock abilities for different classes. Read on to learn about ways to earn Job Points quickly in Bravely Default 2. 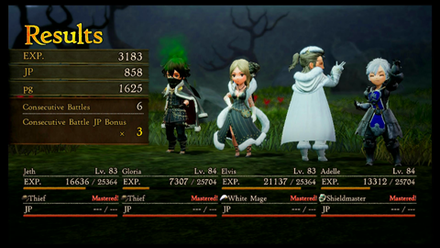 If you find yourself chaining enemy encounters, you will get a bonus multiplier on the JP that you earn. The more consecutive battles you have the more JP you will get.

In fact if you can get up to 5 consecutive battles, the JP earned from those battles will be doubled, and if you are able to get up to 6 or more, your JP will triple!

Unlock the Freelancer's JP Up Ability 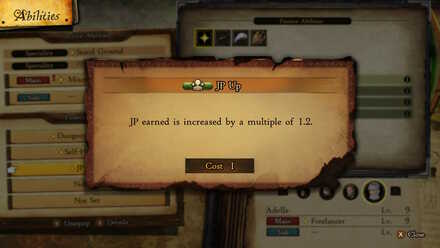 Early on in the game, we recommend giving priority to unlocking the Freelancer's JP Up ability which is gained at Level 9. By unlocking this passive skill, you will make gaining JP for other Jobs so much easier!

If you want to push yourself a little further, JP Up and Up is also available at Level 12 which can stack with JP Up for an even higher JP gain per battle. 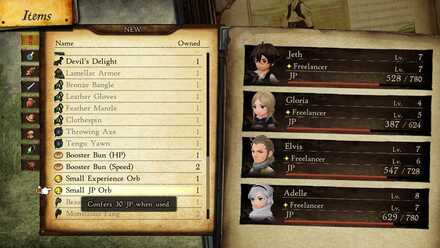 After beating Quest 001 - Borrowing the Boat, the player unlocks the Exploration feature of the game. By allowing Seth to go on an exploration while away from the game, several items can be collected.

Some of the items that can be earned include JP Orbs. These orbs offer varying amounts of JP that can be used on any character you like.

Use the Gambler's Dealer's Choice!

Dealer's Choice is a vague effect that simply says it can do random things. These “random things” however, are so potent that it ranges from inflicting ailments to enemies, getting debuffs for your party, or even multiplying your EXP or JP. Be careful though as it can fizzle out and kill the Gambler or reduce your whole party's HP to 1.

How to Fight Consecutive Battles for JP

Engage in Battle with Multiple Enemies Nearby 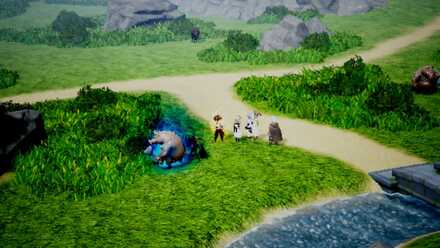 A series of battles will occur when you fight with two or more monsters nearby. Though it can get a bit tricky to corral the enemy creatures together, but it also works if they charge at you all at once. 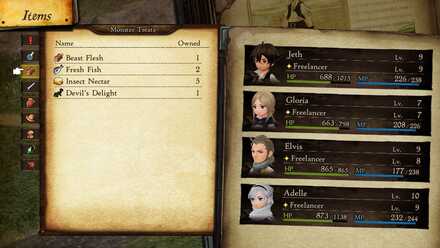 By using the different types of Monster Bait, you can fight monsters according to the type you'd like to combat. It's good to note that by defeating enemies of a certain type, you can earn more of its bait, making this method a renewable way to continuosly farm JP. 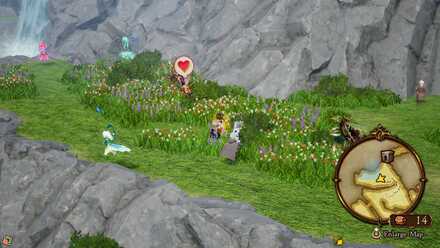 One of the best places to farm JP early on in the game is in the northeast region near Halcyonia. Using Insect Nectar near the spots where Vesps gather can guarantee quick and easy consecutive battles against them.

There are two spots where Vesps spawn in this section, and you can easily go back and forth between the two to get up to three sets of battles with just one use of the Insect Nectar.

We highly recommend doing this before heading to Savalon as Sloane will still be in your party and can help immensely with the encounters. 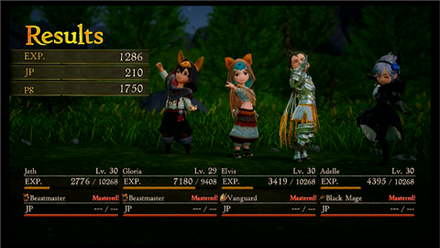 This JP farming method revolves around beating up Leannan Sith in Near Halcyonia. Leannan Sith can be found in the same location in the previously mentioned tip. You get 210 JP per battle and with JP Up and JP Up and Up thats about 357JP per battle.

To prepare, equip every party member with a sword. We recommend the Defender which can be received from slaying Mushussu. Set the Main Job as the Job you want to farm for, and Vanguard for the Sub-Job. Once you enter the battle, spam the Heroic Skill Double Cut.

It should take a minute or so to take Leannan Sith down. After slaying it, run to the nearby dungeon, Hydrangea Hills, then re-enter Near Halcyonia. This will allow Leannan Sith to respawn. With this method you can expect to level all 4 of your party members from Level 1 Jobs to Level 12 Jobs in about 30 minutes.

How to Beat Leannan Sith

Herd Enemies in the Secret Studio 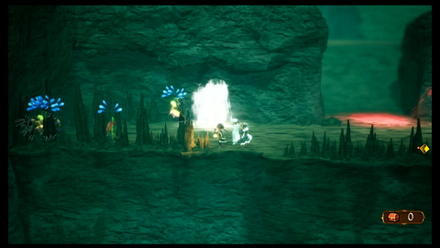 After gaining access to the Secret Studio in Chapter 2, another JP Farming location will become available to you. Right past the teleporter is a long horizontal corridor which you can use to your advantage. The strategy revolves around scaring the monsters along the way and to make sure they crowd at the end of this long corridor.It takes some patience and careful maneuvering to set up, but once you get most of the monsters to the end, you can get 10+ consecutive battles. 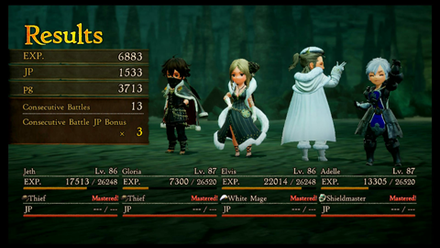 Farm Queen Wiki-Wikis in the Fount of Knowledge 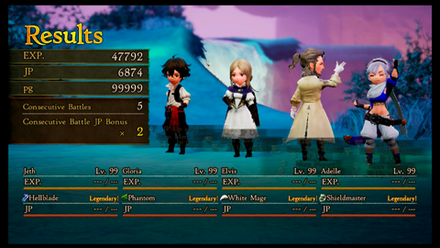 This method is unparalleled among the late game methods of farming JP. As before, we recommend equipping JP Up and JP Up and Up to the members you wish to gain JP on. For an added bonus, equip Growth Eggs to your party members to further boost ther JP gains. Finally, make sure one of your members is equipped with the Bravebearer's Obliterate ability, or is equipped with the Sword of Light.

Use a Monstrous Medley in the Fount of Knowledge and engage battle with any enemy. Our objective is to have you combat several Queen Wiki-Wikis, and since they are vulnerable to the instant kill from Obliterate, they offer a phenomenal amount of JP, EXP, and pg.

One Monstrous Medley should allow you to engage in about 6 different battles, each with about 4-6 consecutive encounters. In our testing, we were able to get up to 23,000 JP with just one Monstrous Medley, this is enough to take 2-3 Jobs from Levels 1 to 15 in no time at all. The best part is, you'll also earn a tremendous amount of pg with this method, which you can then use to purchase more Monstrous Medleys to repeat the cycle until you see fit.

In order for us to make the best articles possible, share your corrections, opinions, and thoughts about 「Job Points Guide: How to Farm JP Quickly | JP Farming | Bravely Default 2 (Bravely Default II)」 with us!