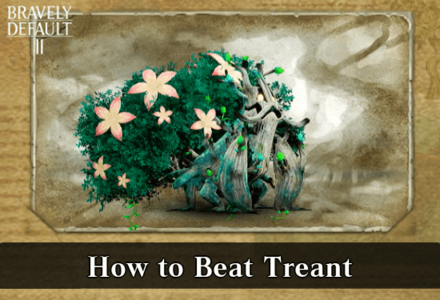 This is a guide to Treant, a Rare Enemy battle in Bravely Default 2 (Bravely Default II). Read on to know how to beat Treant, its strengths and weaknesses, and the best strategy against Treant.

How to Beat Treant 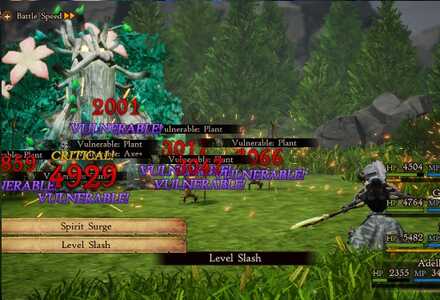 The Fresh Forklings are your first target during this fight. They have low HP so clearing them by using the Arcanist's Darkga or the Berserker's Level Slash should make short work of them. 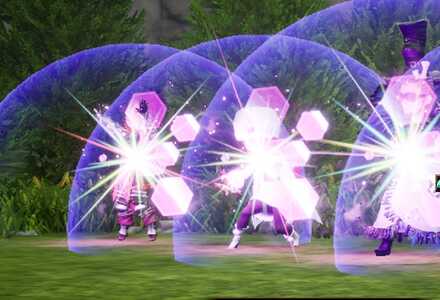 The Bastion + Arcanist combo is able to protect the team from the Arcanist's self harming speciality once. By setting up Vallation, you'll be able to dish out one-sided damage to the enemy.

This is particularly effective against Treant since it's weak to Dark element. With an Arcanist with high Magic stat, you can dish out 9999 damage to the Treant.

Keeping Vallation up is also a good choice to survive Treant's 3 BP Stonega combo. With a well built party, this is the only combo that can pretty much eliminate your team.

If Treant has 3 BP, using Vallation is more than enough to survive the onslaught. However, a safer method is to completely negate its damage by using Sanctuary. Sanctuary prevents any healing and damage until the user's next turn.

The downside is it costs 1 BP and you also won't be able to damage Treant until your Bastion's turn comes up.

In order for us to make the best articles possible, share your corrections, opinions, and thoughts about 「How to Beat Treant | Bravely Default 2 (Bravely Default II)」 with us!