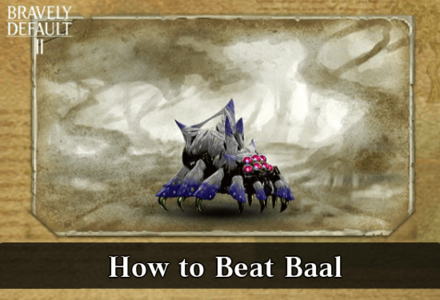 This is a guide to Baal, a Rare Enemy battle in Bravely Default 2 (Bravely Default II). Read on to know how to beat Baal, its strengths and weaknesses, and the best strategy against Baal.

How to Beat Baal

Avoid attacking it with physical attacks 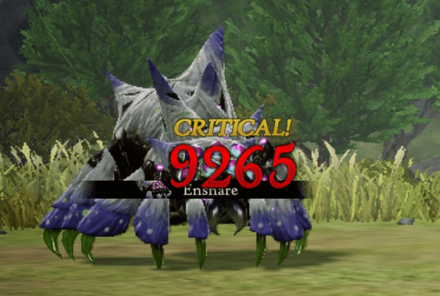 Baal's Ensnare is its most annoying counter. When hit with physical attacks, there's a chance that Ensnare will trigger and Baal will take your weapon.

The weapons taken will be recovered after the battle even if you run away but they will be unequippable again during the fight. 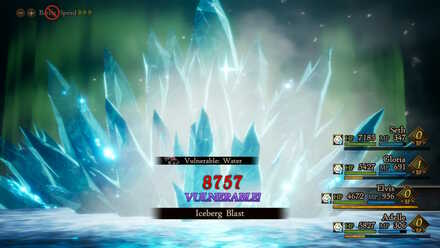 Due to Ensnare, weapon effectiveness is highly negated. Jobs like the Oracle or Red Mage that can unleash multiple spells are recommended for dishing out damage.

Combine the Oracle + Arcanist to massively increase your Oracle's magic stat to enhance Triplara's damage. If you don't have the mastered Jobs above, even a Black Mage can still do the task.

With the Phantom's level 12 speciality, your status ailments are guaranteed to hit at the cost of an additional 40 MP.

By adding the Salve-Maker as your Phantom's Sub-Job, you can repeatedly apply Charm to Baal. Charm doesn't get removed by magical attacks which makes it a perfect status ailment to use against Baal.

Baal will always use Acid Breath on itself to remove the charm status but doing so will reduce Baal's physical and magical defense. A perfect debuff to speed up the battle!

Use Devotion when MP is low.

While the Spiritmaster's main role is to keep spirits up for extra MP regeneration, it may not be enough if your Phantom has a low MP pool.

Use Devotion on your Phantom to resupply MP and continue locking Baal using Charm.

In order for us to make the best articles possible, share your corrections, opinions, and thoughts about 「How to Beat Baal | Bravely Default 2 (Bravely Default II)」 with us!