Here is the character guide for Prince Castor in Bravely Default 2. Learn everything you need to know about this character including their backstory, personality, and skills!

Prince Castor of Savalon, is the older of two brothers. He has a brilliant mind, but a reputation for being haughty and unapproachable. 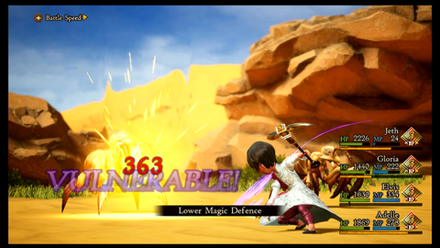 When Prince Castor first joins our party, he is armed with Daggers and can lower the Defence and Magic Defence of the foes he attacks. 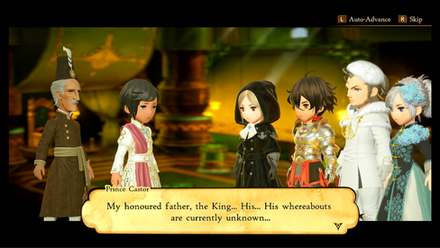 Upon the group's arrival at the palace, Prince Castor gives audience to Princess Gloria and her allies. Gloria explains that she suspects Savalon's tragedy to be the fault of the Water Crystal and that she wishes to speak with King Orion to investigate further.

However, Prince Castor reveals that his father has been missing. They have been keeping it a secret for some time. He instead suggests to call upon the help of Savalon's Council of Elders to investigate any signs of the Water Crystal. 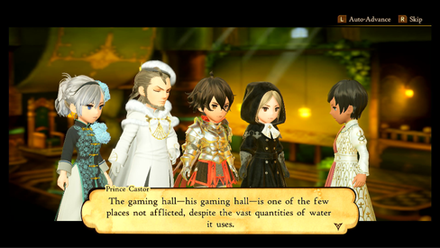 Prince Castor was able to set up a meeting with two of the Elders from the council, Bernard and Lady Cygnus. Bernard claims responsibility for the flooding as an accident from his men's excavations.

No Place to Make A Life 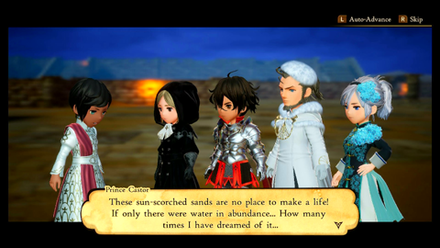 Upon arrival at the Sandswept Ruins, Prince Castor is reminded of how this place fell to desolation due to the lack of resources. He laments at their ancestors decision to settle down in a desert and wishes for a better life if only water was more accessible.

Apologizing for his Prejudice 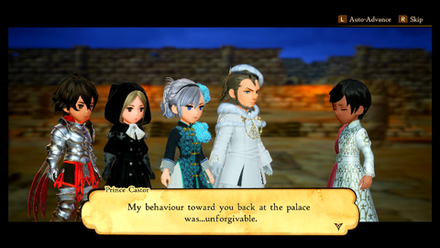 After defeating Orpheus, Prince Castor recognizes how well he can depend and rely on the team. He expresses his apologies on how he had looked down on them before.

In order for us to make the best articles possible, share your corrections, opinions, and thoughts about 「Prince Castor Character Guide | Bravely Default 2 (Bravely Default II)」 with us!