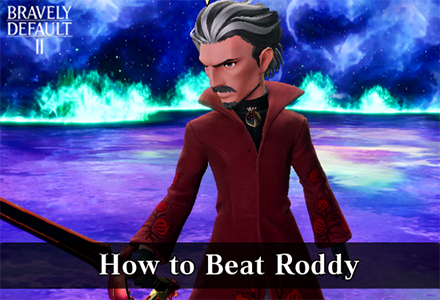 This is a guide to Roddy, a Boss battle in Bravely Default 2 (Bravely Default II). Read on to know how to beat Roddy, his strengths and weaknesses, and the best strategy against Roddy.

How to Beat Roddy

Unlike the Picto Ba'al, Roddy can be damaged with daggers. Quickly use all your MP to eliminate Roddy with Godspeed Strike. Once you run out of Mana, use the Gambler's special attack to restore your MP to full and repeat.

Alternatively, use the Beastmaster's Off the Chain and summon Golem 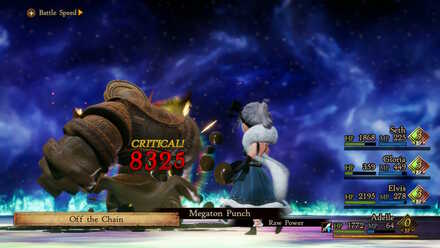 The Golem's Megaton Punch can deal roughly 4000 damage and even around 7000-8000 on critial strikes. You'll need to bank up some turns though to capture it.

For Picto-Beleth, 2 rounds of Flash the Cash will suffice 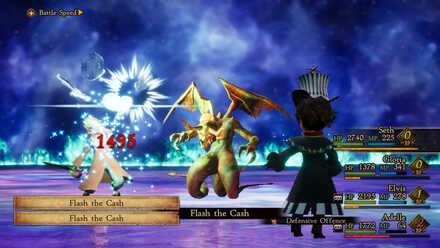 Flash the Cash can roughly deal 1500 damage when leveled up to the early 20s. 2 rounds of Flash the Cash will make quick work of Picto-Beleth, (and Roddy if you don't wish to use the two prior methods to beat him).

Use Reflect and White Wind to defend against Roddy

However, White Magic will also be reflected so it is suggested to have some Undines and Sylphs if you plan to use Reflect in this fight.

In order for us to make the best articles possible, share your corrections, opinions, and thoughts about 「How to Beat Roddy | Bravely Default 2 (Bravely Default II)」 with us!