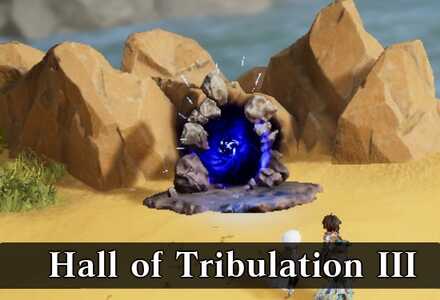 How to Beat Hall of Tribulation III 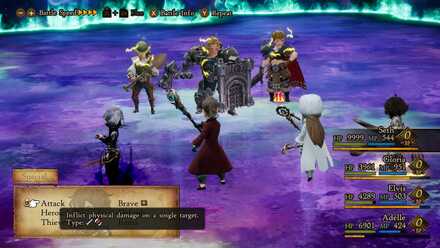 With the Phantom + Salve-Maker Combo, you can paralyze lock everyone which makes the battle extremely easy.

Even if you don't opt to use Paralysis on everyone, we still highly suggest using it against Galahad to stop it from protecting his allies.

Gladys will use Three Steps ahead on her allies to inflict a strong counter attack to those who would target them. Equip the Counter-Savvy ability to complete dodge all of her attacks.

The Shieldmaster's passive ability will defend allies that are low in HP. This might makes landing the finishing blow to Glenn a tad-bit difficult.

To get through this, we suggest using the Godspeed Strike 4 times against Glenn at the start of the fight to quickly put him out of the picture.

Defeat Glenn on the First Turn 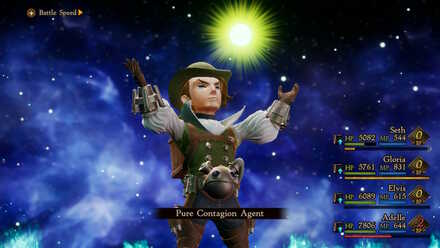 If you don't opt to the paralysis method, taking Glenn out on the first turn is crucial. He can use his Pure Contagion Agent multiple times which can easily spell a teamwipe. He also heals the others which can further increase the difficulty of the battle.

However, when his HP falls to critical, Galahad will start blocking attacks directed at him. To prevent this, use the Godspeed Strike's after damage to land the killing blow on Glenn.

Galahad's Harsh Reprisal is annoying and it can easily kill pure offense builds like the Vanguards.

To get some extra damage in, try to charm Gladys so you'll have one less enemy attack to think off while Gladys slowly chips away at Galahad's HP while taking counter damage of her own.

In order for us to make the best articles possible, share your corrections, opinions, and thoughts about 「How to Beat Hall of Tribulation III | Bravely Default 2 (Bravely Default II)」 with us!