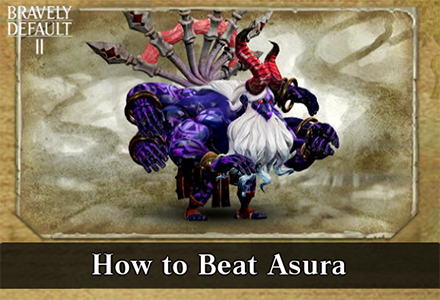 This is a guide to Asura, a Boss battle in Bravely Default 2 (Bravely Default II). Read on to know how to beat Asura, its strengths and weaknesses, and the best strategy against Asura.

How to Beat Asura

Bring Everyone to Critical HP 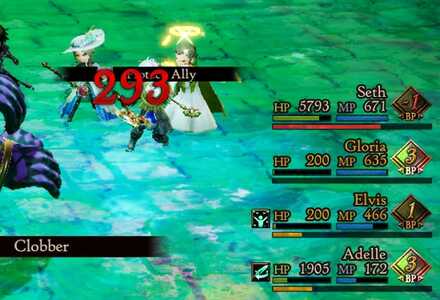 Unfortunately, Seth has the Hellblade class and his passive Regen is messing with his HP.

Asura only have single instances of damage. Even if it hits multiple times, as long as all your allies are in Critical HP, the Shieldmaster will block all of the attacks.

To do this, you can use Reraise on everyone then not provide any healing to them.

Always apply Reraise to Everyone 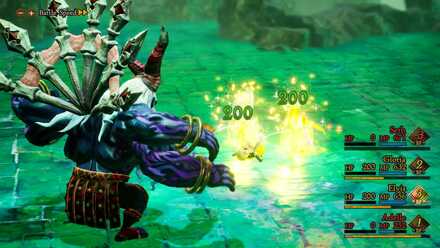 In case your Shieldmaster accidentally dies, the Reraise will bring everyone back to life. A max level White Mage with a Spirit Master sub-Job can do this easily.

Use Regeneration and Protect on the Shield Master

The Shieldmaster should be in top condition at all time. Applying protective buffs to your tank will ensure that he/she won't fall from Asura's assaults.

Asura never counters any magical attacks. Having a Red Mage with an Oracle Sub-Job is the perfect damage dealer for this fight since Triplara can be cast multiple times using the Red Mage's Chain spell. Much more effective with Magic Critical and Critical Amp.

In order for us to make the best articles possible, share your corrections, opinions, and thoughts about 「How to Beat Asura | Bravely Default 2 (Bravely Default II)」 with us!