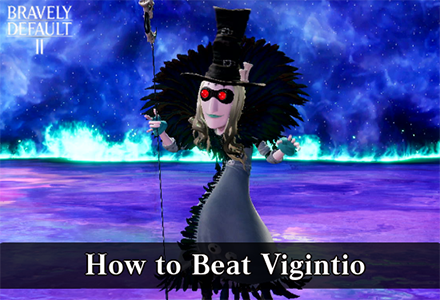 As Vigintio is an undead, Red Mage's Healaga will damage him. Use a mastered Red Mage to inflict double spells per turn and take out tons of Vigintio's HP!

Vigintio's moves lies exclusively on area magics. As long as you can heal the damage dealt, you'll emerge victorious.

Unfortunately, lowering his magic stat will increase his BP, so going for a teamwide buff is the best way to reduce his damage.

Use Regeneration and Reraise on First “Phase”

The first stages of the fight are Vigintio's weakest. Apply all your helpful buffs during this stage like Regeneration and Reraise to save yourself some turns during the more hectic fights. 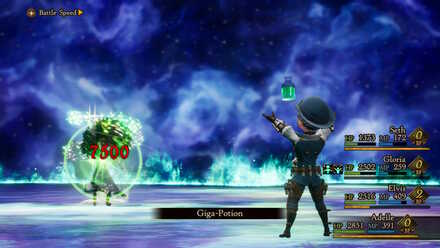 Healing does damage as Vigintio's an undead. This method is not recommended due to X-Potion's scarcity.

Having two Thieves with the Godspeed Strike can make short work of Vigintio's small HP pool per life with a measly 30k HP on each of his phase.

Bank some turns, prepare those MP via Spiritbringer, then unleash all your attacks to instantly kill Vigintio.

Register as a member and get all the information you want. (It's free!)
Login
Opinions about an article or post go here.
Opinions about an article or post
We at Game8 thank you for your support.
In order for us to make the best articles possible, share your corrections, opinions, and thoughts about "How to Beat Vigintio" with us!
When reporting a problem, please be as specific as possible in providing details such as what conditions the problem occurred under and what kind of effects it had.