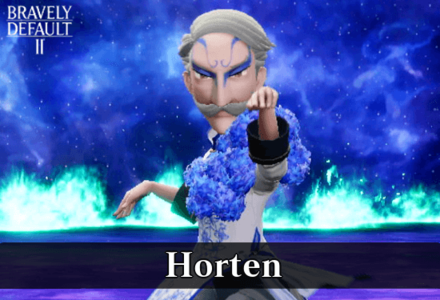 Here is the character guide for Horten in Bravely Default 2. Learn everything you need to know about this character including their backstory, personality, and skills!

A foolish man who abused his position as Prime Minister of Halcyonia for his own selfish ends -- with disastrous consequences. 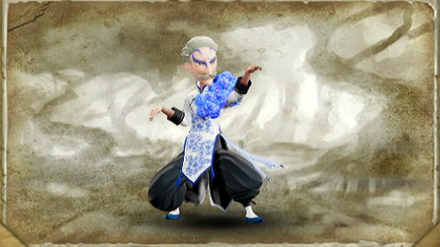 As a Monk, Horten has access to powerful moves. His main source of damage will be Tortoise Kick. However, when he stacks BP, he can also unleash a combo of multiple Fire Birds. Be wary of his recovery through Inner Alchemy.
How to Beat Horten 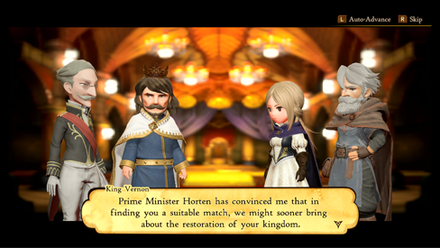 In a meeting with King Vernon of Halcyonia, Prime Minister Horten suggests that Princess Gloria take steps in restoring Musa and its lineage by way of marriage.

Gloria rejects the offer stating that she has to fulfill her destiny by taking the Crystals to its rightful place to prevent further calamity. Prime Minister Horten is appalled at the rejection, but King Vernon respects Gloria's wishes and supports her on her quest. 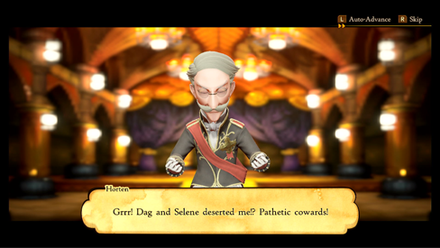 It is revealed that Prime Minister Horten was behind the plot to steal the Wind Crystal from Gloria. He hired Selene and Dag to take the Crystal from her but they ultimately failed. Horton is shown to be in possession of an Asterisk and he decides to use the Asterisk to take matters in his own hands. 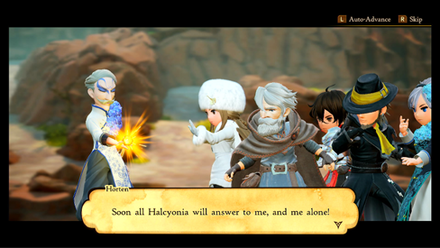 Horten catches up with the heroes as they make their way to Savalon. He reveals his true intentions to the party. He has been working with the Holograders to gain influence in Halcyonia. His ultimate goal is to retrieve the Wind Crystal from Gloria in exchange of ruling Halcyonia. 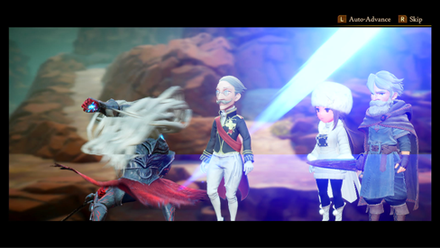 After losing to our heroes, Horten is dumbstruck as to his failings. His overreliance on the asterisk proved unfruitful. Suddenly a man in dark armor appears expressing his disappointment in Horten's multiple failures. With one slash, Horten is cut down and falls to his knees.

In order for us to make the best articles possible, share your corrections, opinions, and thoughts about 「Horten Character Guide | Bravely Default 2 (Bravely Default II)」 with us!