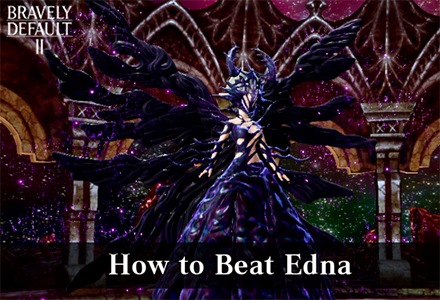 This is a guide to Edna, a Boss battle in Bravely Default 2 (Bravely Default II). Read on to know how to beat Edna, its strengths and weaknesses, and the best strategy against Edna.

How to Beat Edna 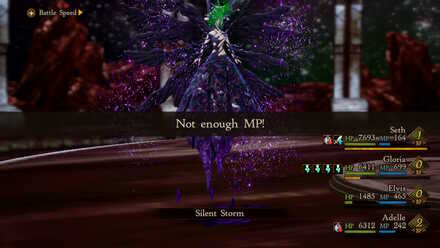 Edna's moveset looks deadly because it is! Her Silent Storm can deal around 3000 damage to all party members and Vortices is a nasty multi hit wind elemental attack and Apoplexy reduces all elemental resistance by one.

To easily inflict contagion on Edna, use the Phantom Job with the Salve-Maker's Compounding abilitiy to make Contagion Bomb by combining Pathogen with an offensive item like the Dart.

Another way is to have the Beastmaster as a Sub-Job then use a monster that can inflict Contagion like the Antiphates. 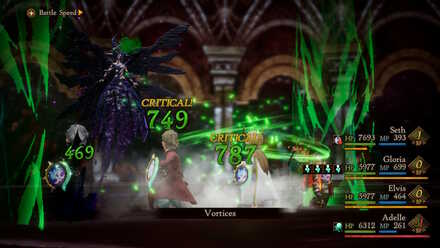 Edna's Vortices move is a wind elemental attack. By slotting +3 Wind resist gear, you'll be able to absorb all damage or nullify it if Edna uses Apoplexy on your team. 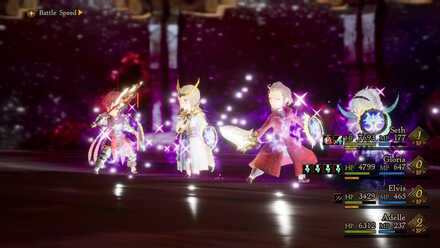 The Spiritmaster's Purebringer will remove several buffs and debuffs from your party. This includes all elemental debuffs.

Prioritize having a Spiritmaster on your team since it can passively get rid of the majority of statuses that Edna can inflict without much consequence since Edna herself will try to remove the buffs you have in your party anyway.

If you slotted +3 elemental gear, this setup will also allow your party to drain Edna's Vortices more easily since her debuff will be gone everytime Purebringer's effect triggers. 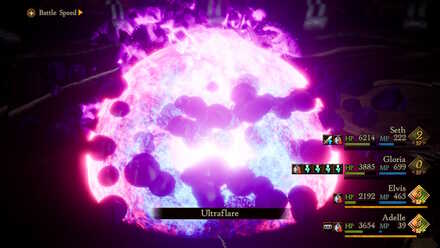 After the mid-fight scene, she'll start using Ultra Flare, a magic attack that hits all your party members. It also costs MP so if you use the Contagion method, Edna will not be able to use this move at all.

If you don't opt to the Contagion Method, the last stretch of the fight may spell a team wipe thanks to Edna's massive AOE damage combo via Silent Storm and Ultra Flare.

To survive this attack, use Rampart to block Silent Storm. This will leave your party to only take damage from Ultra Flare.

In order for us to make the best articles possible, share your corrections, opinions, and thoughts about 「How to Beat Edna | Bravely Default 2 (Bravely Default II)」 with us!