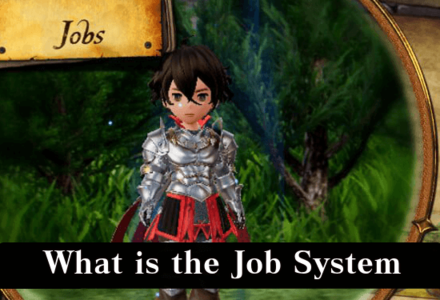 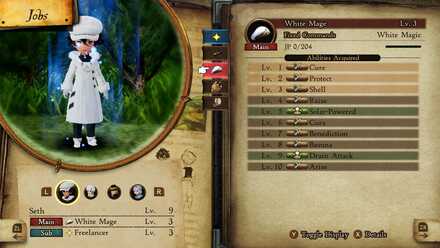 Jobs gain levels with JP and is retained per character 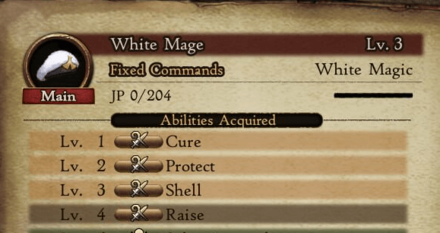 Each Job has different stats and weapon proficiencies

Weapon proficiency, on the other hand, is what makes up each class's identity. A mage will gain more bonuses from equipping staves and rods which can enhance their spells even further.

A subclass can be equipped by a character 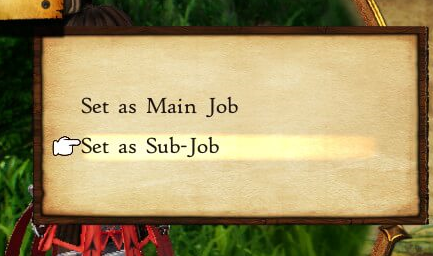 Equipping a subclass will allow that character to use all the command abilities that the character has already learned. This means that a black mage that has earned a high level for a white mage can unleash high-level healing spells as well as black magic. Learn how to combine two multiple classes to gain an advantage over your foes! 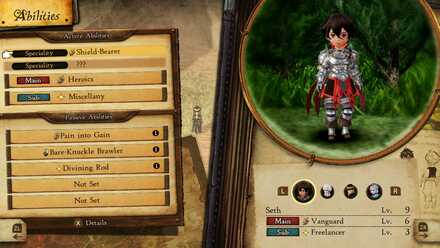 Support abilities grant bonuses to your characters passively. This can range between stat increases, increased weapon proficiency, and more unique effects like strengthening an attack if it's dual-wielded or revealing treasure chest counts on dungeons, etc.

Register as a member and get all the information you want. (It's free!)
Login
Opinions about an article or post go here.
Opinions about an article or post
We at Game8 thank you for your support.
In order for us to make the best articles possible, share your corrections, opinions, and thoughts about "What is the Job System?" with us!
When reporting a problem, please be as specific as possible in providing details such as what conditions the problem occurred under and what kind of effects it had.