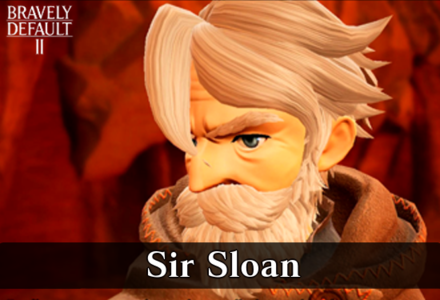 Here is the character guide for Sir Sloan in Bravely Default 2. Learn everything you need to know about this character including their backstory, personality, and skills!

Known as the greatest swordsman in the land, Sir Sloan is Princess Gloria's royal man-at-arms and sworn protector. Half a century before the events of the game, Sir Sloan served as a Hero of Light. 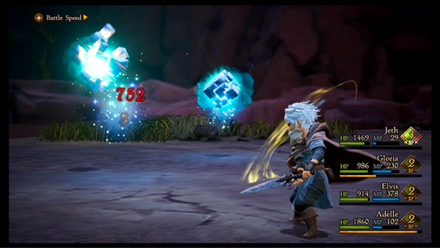 Sir Sloan helps the party out as a magnificent swordsman. His attacks will knock out most enemies in the Prologue in one hit. 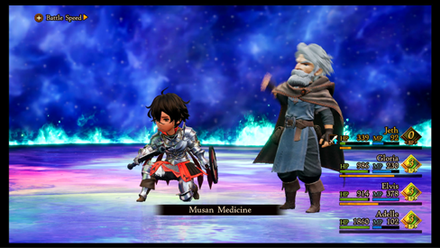 Sir Sloan also provides tremendous amounts of utility in the forms of Musan Medicine which heals 500 HP to a low-health party member, and Phoenix Down which revives fallen allies to 300 HP. 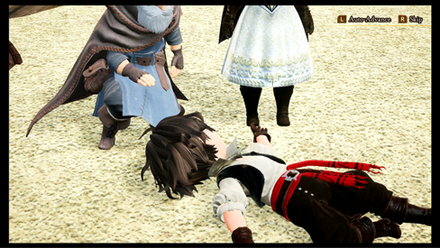 The story starts with Gloria finding an unconscious Seth on the shore of a beach near Halcyonia. It seems that a light from her crystal guided her to him. She, together with her companion, Sir Sloan, decided to help by taking Seth to the nearby city to recover.

Planning to Save Gloria 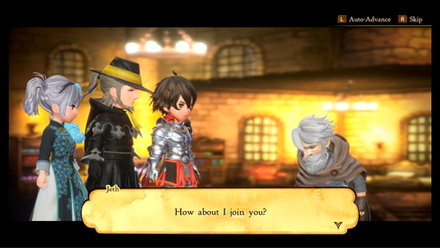 Seth, who has now recovered, together with Elvis and Adelle find an injured Sir Sloan. Sir Sloan explains to the newly formed trio that Gloria has been taken hostage in exchange for the Wind Crystal. Together, they come up with a plan to rescue Gloria.

Witnessing The New Hero of Light 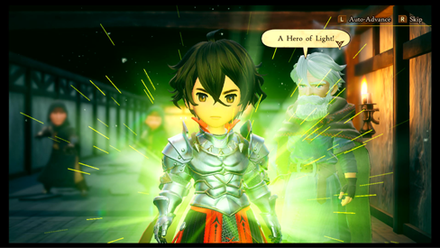 As the rescue team helps Gloria escape, Selene and Dag take one further attempt to turn the tables. However, they are caught off guard when the Wind Crystal starts glowing and it resonates with Seth. Seth is granted the power of the Wind Crystal and Sir Sloan dubs him as a Hero of Light. 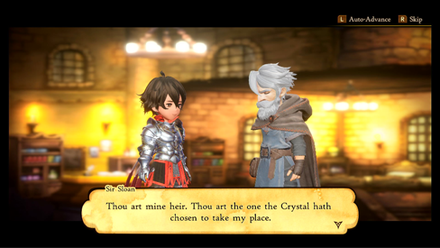 Sir Sloan reveals that he used to wield the blessing of the Wind Crystal as well and was also previously labeled as a Hero of Light. He expresses relief that Seth was the one to inherit this blessing but as such, urges Seth to take on a new responsibility. Seth vows to protect Gloria, much like Sloan had done. 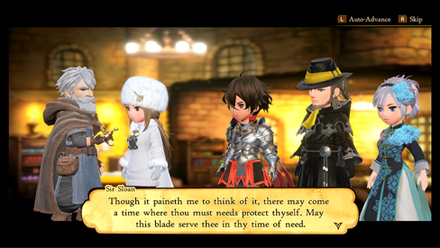 The next morning, the group decide to head to the desert kingdom of Savalon. After hearing news that its capital submerged in water, Sir Sloan suspects that this unusual circumstance was caused by a Crystal. Before they head out, Sir Sloan passes down one of his cherished blades to Gloria wishing that Gloria may use it to protect herself.

Paying Respects at the Vale of Sighs 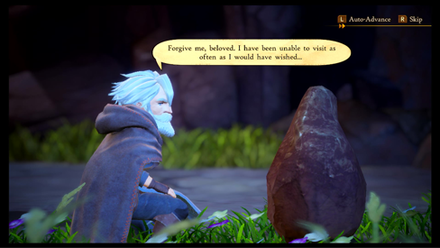 On the way to Savalon, it is revealed that, some time ago, Sir Sloan's wife had passed away. He had laid her to rest in the Valley of Sighs and stopped at her grave to pay respects. 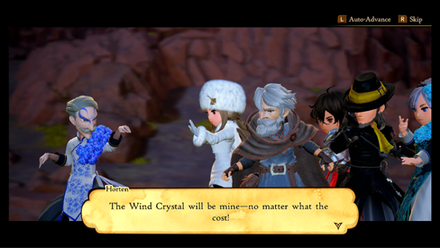 As the team make their way through the Vale of Sighs, the Prime Minister of Halcyonia, Horten, appears. He threatens Gloria to relinquish the Wind Crystal after he reveals that he was the one who hired Dag and Selene to take it from the princess.

It is revealed that he had worked with the Holograders to gain political influence, and upon securing the Crystal he wishes to use it to become Ruler of Halcyonia. Horten then attempts to take the crystal by force. 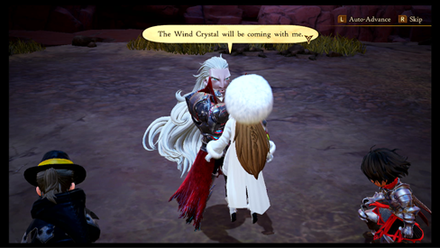 After the team takes Horten out, an imposing figure clad in dark armor appears. Horten appears shocked before he is cut down by this man. The man introduces himself as Adam, the Lord Commander and asks for the Crystal.

In a feeble attempt to defend themselves, Seth and the rest of the team fall to their knees. The Lord Commander takes the Crystal from Gloria before tossing her aside.

Hero of Light No Longer 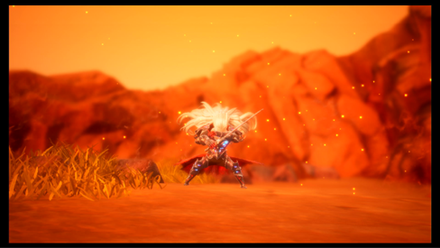 As Adam moves in to finish off the team, Sir Sloan steps in to buy time for the party to get away. He signals for Seth to take the group and cross the vale as he holds off the Lord Commander. Seth grabs Gloria's hand and rushes off with Elvis and Adelle close after.

The Lord Commander overpowers Sir Sloan bit by bit before Sir Sloan decides to do a counter-attack. In a last-ditch effort to protect the team, Sir Sloan strikes the earth and causes the vale to collapse, with Adam on one side of the canyon and the team on the other, well on their way to Savalon.

In order for us to make the best articles possible, share your corrections, opinions, and thoughts about 「Sir Sloan Character Guide | Bravely Default 2 (Bravely Default II)」 with us!