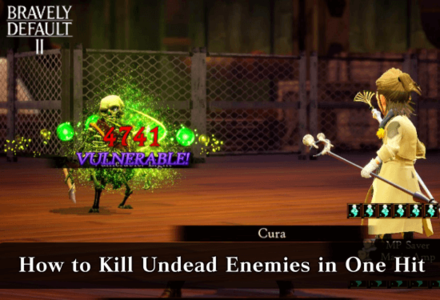 How to Beat Undead Enemies? 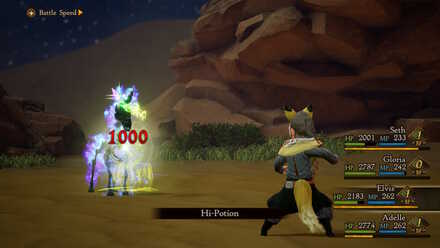 Undeads have a special characteristic unique to them from other enemy types. All recovery effects on undead will deal damage to them instead of healing them! This means that white mage healing spells can greatly damage undeads as well as items like potions.

There are several abilities that allows you to deal damage to enemies and recover those resources back. The Thief's Life Steal in Bravely Default 1, for example, it damages the enemy and absorbs it as your character's own. Since undead's HP are in the negative, you'll be absorbing negative HP which will damage you.

How to One-Shot Undead Enemies

Since undead enemies are dead creatures, restoring them back to life will prove fatal to them. This is a famous strategy in several RPGs and Bravely Default is no exception. However, take note that undead enemies that are immune to the death status ailment will resist this so don't just throw your phoenix downs against new undead enemies you find.

Register as a member and get all the information you want. (It's free!)
Login
Opinions about an article or post go here.
Opinions about an article or post
We at Game8 thank you for your support.
In order for us to make the best articles possible, share your corrections, opinions, and thoughts about "How to Kill Undead Enemies in One Hit" with us!
When reporting a problem, please be as specific as possible in providing details such as what conditions the problem occurred under and what kind of effects it had.