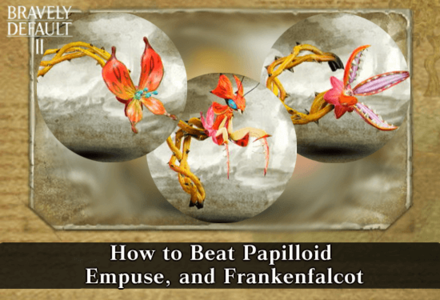 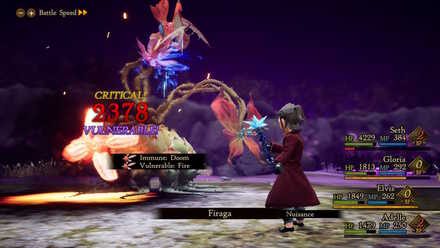 As much as it may get tempting to only kill one of them slowly everytime, it is not a suggested option unless you have many resources to spend.

The boss can resurrect any of its fallen limbs with 50% HP but since the boss can counter Area targeted abilities, you'll want to focus each part individually but not kill them.

Remember these roles. This is the moveset focus of each of its parts. You'll want to kill the right arm first as it can use several nasty status ailments like Paralyze, Freeze, and Contagion, so prioritize killing it when you're prepared to unleash your assault.

Conserve BP then Go for the Final Combos

After whittling down each body part's 3 HPs, unleash all your Braves and use all your strongest moves.

If you have the Off the Chain ability, using Hellfire Twice can deal a massive 6k damage total to all parts.

In order for us to make the best articles possible, share your corrections, opinions, and thoughts about 「How to Beat Empuse, Frankenfalcot, and Papilloid | Bravely Default 2 (Bravely Default II)」 with us!