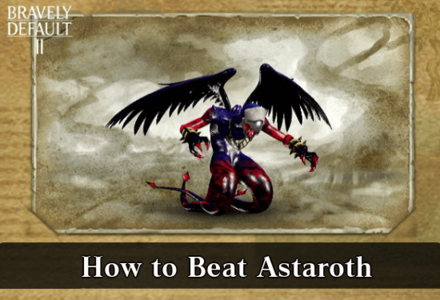 How to Beat Astaroth 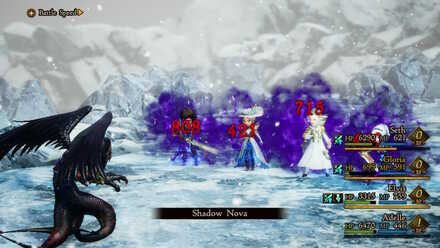 Astaroth will try to soften your party by using Shadow Nova. It deals small damage but its AOE damage and continious use may bring your party to low HP and die from Astaroth's attacks.

Counter this with Healthbringer to have the spirit restore the miniscule damage dealt.

Use the Shieldmaster's Defender of the People

The Shieldmaster's Defender of the People can block 3 attacks before the character acts again. Astaroth's lethal moves are his normal attacks, Terror Fang and Headbanger.

As long as you keep everyone's HP up with Healthbringer and Terror Fang and Normal attacks gets blocked by the Shieldmaster, no moves should be able to take down any of your party members.

Use Elemental Supplement to amplify your damage 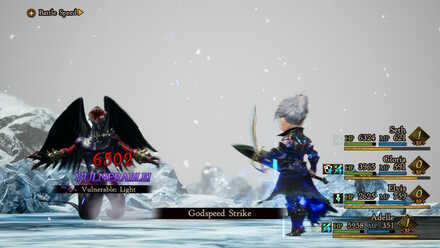 Astaroth is weak to Lightning and Light. While the Hellblade can use any elements that exists, it is highly suggested to use the Oracle's Elemental Supplement to strengthen your unit's other attacks like Godspeed Strike instead.

Abuse all the damage you can since Astaroth's HP isn't high, compared to other stronger rare monsters.

In order for us to make the best articles possible, share your corrections, opinions, and thoughts about 「How to Beat Astaroth | Bravely Default 2 (Bravely Default II)」 with us!