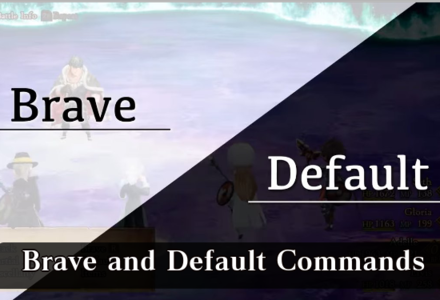 Allows characters to act multiple times in a single turn 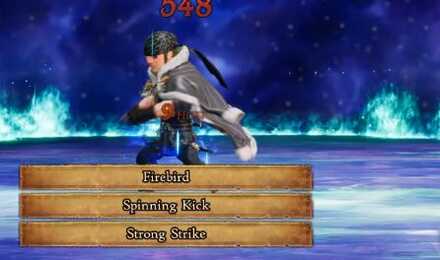 Brave allows your character to act multiple times in a single turn. Using Brave consumes Brave Points so be wary and don't excessively use Brave or you might suffer the consequences.

Brave can be used three times in a single turn

The menu shows the number of queued commands you can use.

You can use brave up to three times in 1 turn. In addition to your base turn's action, this means that a character can act at least 4 times in a single turn.

Default is highly similar to the defend command in many RPGs. In addition to reducing damage taken, it also increases your Brave Point. This allows you to weather an enemy's strong attack and bank yourself some Brave Points for a strong counter-attack.

What are Brave Points 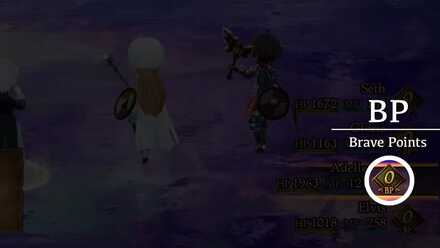 Brave Points are the amount of times an extra turn can be used. As long as you have Brave Points, or BP, you can use multiple turns without suffering consequences.

Brave Points recover at the start of a battle 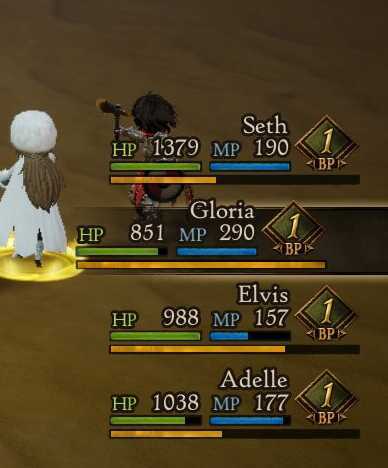 Your current Brave doesn't carry over to the next battle, so be sure to use it proactively. Spam that Brave and lay waste to weak enemies to quickly progress the game and level up your characters faster!

Enemies have Brave Points too! 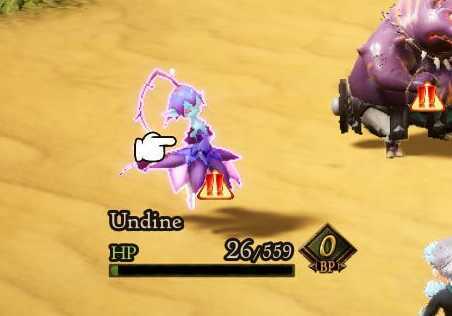 What Happens if I Reach Negative Brave Points?

Your turn will be forcibly skipped

By using Brave too much, your Brave Points will easily reach the negative. By having less than 0 Brave Points, your character will have his/her turn forcibly skipped to recover Brave Points. Due to this, it is essential to balance out the usage of Brave and Default to emerge victorious.

Upon reaching a negative Brave Point condition, your character (or your enemies) will be in a helpless state. They won't be able to use any commands and their turns will be skipped. It is highly suggested to not excessively use Brave unless you're sure that you can survive your enemy's attack.

You can only act once Brave Reaches 0

Once your Brave reaches 0 again, you'll be able to act normally. This means that you don't need to fear using Brave too much. Using Brave 3 times while having 2 Brave Points will only make your character skip 2 turns. With a good support character, it will be easy to endure the enemy assault so don't focus too much on not reaching negative Brave Points.

In order for us to make the best articles possible, share your corrections, opinions, and thoughts about 「Brave and Default System | Bravely Default 2 (Bravely Default II)」 with us!