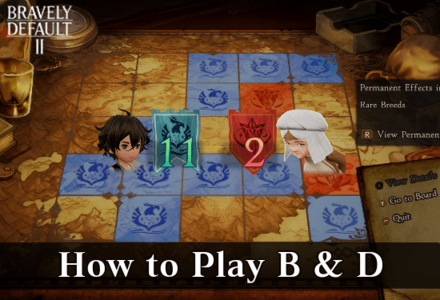 Learn how to play B & D (Card Game) in Bravely Default 2 (Bravely Default II) for the Nintendo Switch. Read on to learn what rewards you can get as well as tips and strategies to win the card game. 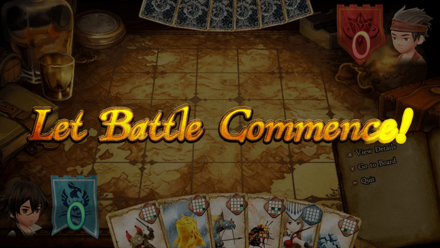 Bind & Divide (B & D) is a playable mini-game within Bravely Default 2. Although optional, some quests will require you to play the card game to complete them.

Six cards are dealt to each player, with the main goal of claiming the unoccupied territories on the board. The player with the most number of territories wins the game.

Unlocked after defeating Anihal in Chapter 1 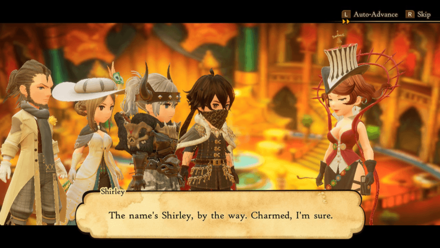 After defeating Anihal in Chapter 1, head to the gaming hall in Savalon and talk to Shirley to unlock the card game. 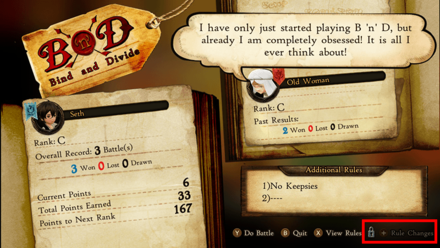 You have the option of changing up to two rules before starting the match. Press the Plus (+) button to select the rules from the list.

Note that you can only change the rules after claiming all of an opponent's cards. 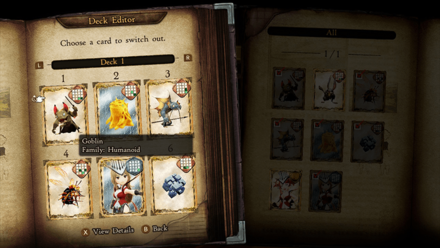 You choose up to three decks before starting the match. It is recommended to change your deck based on the rules applied and opponent. 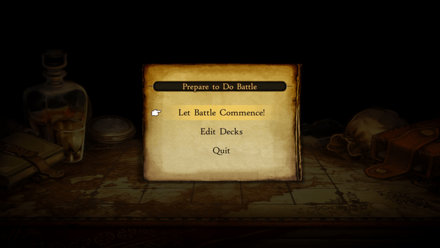 The match starts after selecting your deck. A coin flip determines who will go first. 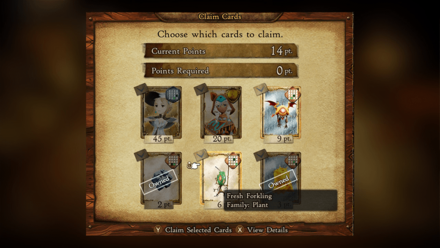 After winning the match, you earn points which you can spend to claim the opponent's cards.

If you don't have enough points to claim a card, you can choose to rematch to collect more. 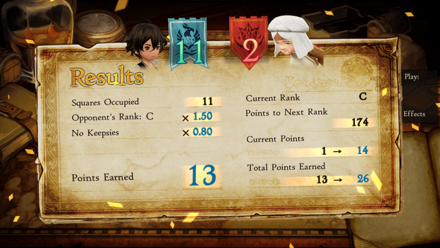 Winning a game of B & D rewards you with points. The number of points earned are based on your rank and rules applied.

You can specify and change the rules before starting a match. Up to two rules can be changed.

There are multiple cards that give specific effects to the territories. These effects can break the opponent's strategy and may help you win a match.

Complete Chapter 4 to Reach Rank A

Your rank will go up based on the number of points you have collected upon winning a match.

Note that you cannot reach Rank A until you have completed Chapter 4 of the main story. Your rank will stay at B but you can still earn points.

The table below contains the terms used in B & D. 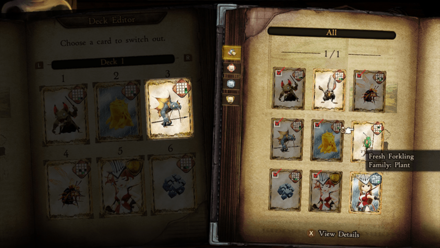 To win a game of B & D, you must build a deck based on the rules applied and opponent.

It is recommended to use one Character Card that does not appear on the board and has a permanent effect. The remaining five cards should be Monster Cards with occupied squares.

You can also include a Job Card that strengthens a Monster Card's certain family. 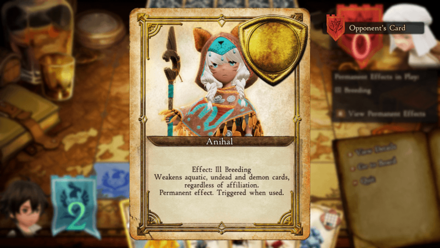 Some Character Cards do not appear on the board and have a permanent effect that affects the entire board. These have a medal on the top right corner of the card to indicate the said effect.

Only one permanent effect can be activated in a match. It is recommended to let the opponent use their Character Card first so you can later override the effect with your own Character Card. 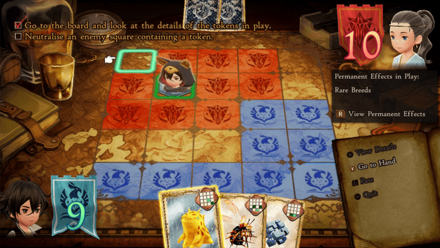 Cards with a strong permanent effect, such Job Cards, should be prioritized and must be neutralized once they appear on the board. 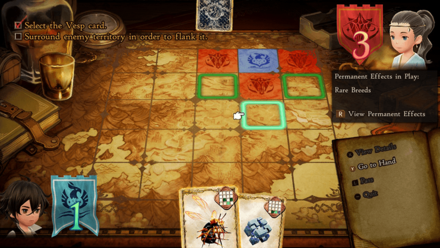 Similar to the Reversi or Othello board game, you can sandwich an opponent's territory horizontally, vertically, or diagonally between your own in order to make them yours.

Using this technique, you can put your opponent's territory at the center of the board, making it easier for you to flank them.

Claim the Outer and Corner Territories 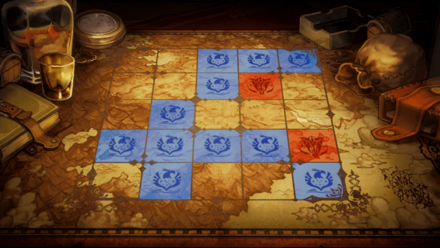 You can quickly flank an opponent's territory by placing your cards at the outer and corner parts of the board.

The following numbers have been confirmed by our walkthrough staff.

In order for us to make the best articles possible, share your corrections, opinions, and thoughts about 「Card Game (B & D) Guide | Rules and How to Play | Bravely Default 2 (Bravely Default II)」 with us!