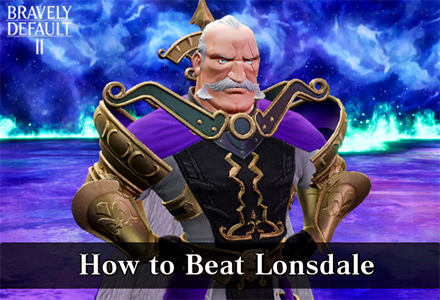 How to Beat Lonsdale

With a Shieldmaster tanking the hits, a Phantom with a dagger can use Shroud to deal heavy damage to Lonsdale. Combined with buffing with Become the Lightning, you can take big chunks out of his HP.

Lonsdale's attacks pack a ton of damage. Without proper defensive gear, getting one-shotted by his Corporal Punishment is likely to happen.

Aside from protective gears, you can also assign a Shieldmaster to tank Lonsdale's blows for you! With Reprisal, you'll also be able to bounce back his humongous damage back at him! 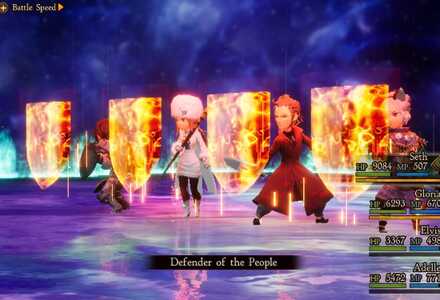 Shieldmaster's Defender of the People can block 3 attacks at most. Lonsdale counters physical attacks either with Rampart or Corporal Punishment.

You'll want to be using Corporal Punishment's damage against him so throw a few physical attacks here and there if your Shieldmaster's turn is about to come and he hasn't used all blocks of Defender of the People yet.

Magic is the most reliable way to damage Lonsdale as his only counter to this is Vallation and Wall which both don't deal any damage to your party. With a mastered Red Mage, chain spell with will allow spells to hit twice, getting rid of the Vallation wall.

Due to Lonsdale's massive defense, magic attacks won't do much damage but it is still damage so throw some spells at him if you have vacant turns. 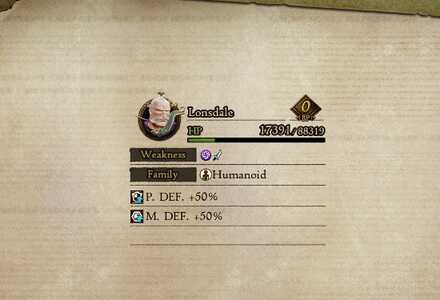 Lonsdale will recieve and deal massive damage if you don't remove his buffs from Wall. Having a Freelancer with Square One can easily eliminate his buffs.

In order for us to make the best articles possible, share your corrections, opinions, and thoughts about 「How to Beat Lonsdale | Bravely Default 2 (Bravely Default II)」 with us!