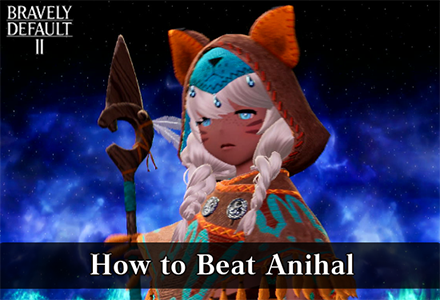 This is a guide to Anihal, a Boss battle in Bravely Default 2 (Bravely Default 2). Read on to know how to beat Anihal, its strengths and weaknesses, and the best strategy against Anihal.

You'll want to have a bard to survive the damage you'll take from Anihal's AOE damage and her pets.

The other classes are just standard classes that can dish out heavy single target damage to quickly eliminate priority targets.

Same reason stated above for the chosen jobs. You'll want to make your party endure the damages they take while being able to dish out single target damage.

You'll want to be immune to the enemy's status ailments, especially for your White Mage as healing is always crucial for the fight.

The ideal equipment load is a White Veil and Force Armlets to your White Mage and a Silver Glasses and Power Bracers to your Monk.

You'll also want to equip a Silver Glasses to your Vanguard and a Star Pendant to your Bard.

Phase 1: Anihal and her Pets 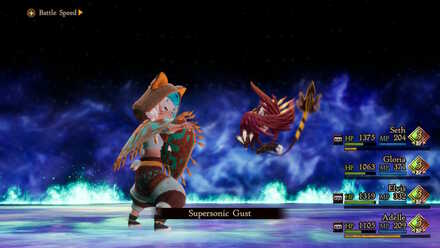 For the starting move, make sure to have your Black Mage poison Anihal. After that, Undine should be your primary target as it can use White Wind to restore everyone's HP. Brave 4 times then use the Monk's Qigong Wave to defeat it (support it with additional attacks if it fails to kill it).

From here on, the recommended order is to eliminate the Gelaflan and then the Peiste since the Gelaflan's debuffs is an indirect buff to Anihal and Peiste's damage output. 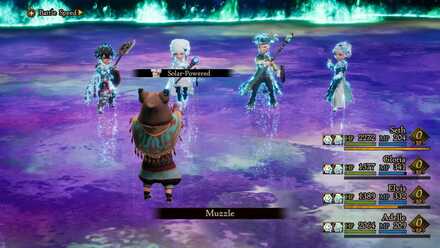 The battle's difficulty greatly gets lower once all of her pets have died. Make sure to not have anyone have poison since her Mercy Strike is going to be her primary source of killing move and leaving an ally poisoned may very well cause that character to die.

Just keep your HP up and default if she has a lot of banked BP. Once her HP gets lower, dedicate your White Mage to healing and don't use low damage moves as her counter attacks may make the move more disadvantageous to you.

Focus on using moves like the Monk's Flying Heel Drop or the Vanguard's Cross Cut to make shortwork of her.

In order for us to make the best articles possible, share your corrections, opinions, and thoughts about 「How to Beat Anihal | Bravely Default 2 (Bravely Default II)」 with us!