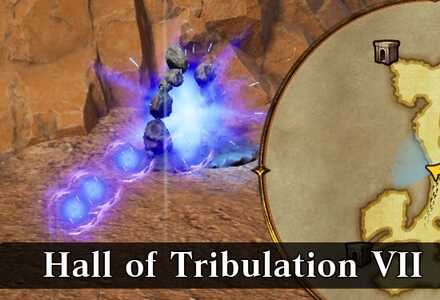 How to Beat Hall of Tribulation VII

Dag is perhaps, the most annoying enemy in the Hall of Tribulation 7 thanks to his ability to enrage a party member. With having two healers, focusing him just isn't efficient.

To counter this, having a character (preferably your Shieldmaster) use Enrage on Dag to make him only use Enrage your tanker. An eye for an eye! 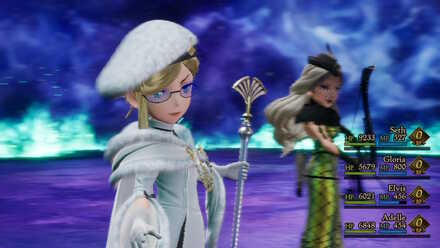 Unlike your previous battle, Selene is now more valuable as a first target due to her ability to revive allies! Take her out first before anyone else!

Roddy's ability to apply several status ailments together with Lily's Shadowbind gives their team a plethora of ailments to choose from to use against you. Equipping gear to counter all of these just isn't efficient.

Equipping Unshakeable Will will allow you to counter Stop, Paralysis, and Sleep from Lily and Dag which can be a huge help during the fight.

Get Earth Resistant Gear for Your Shieldmaster 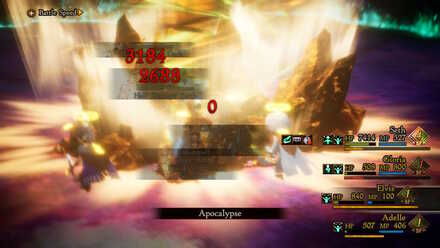 Once the battle goes on, Dag will start using stronger Earth based attacks which can potentially kill your Shieldmaster if you're not careful.

Slotting in at least +2 Earth Resist gear to your Shieldmaster should making him unkillable as long as you keep his BP to 3 or 4 while equipping the No Guts, No Glory support ability.

Start the battle with allies in Critical HP 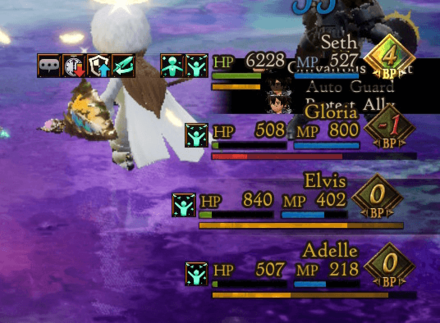 Doing this method will automatically allow your Shieldmaster to take hits for your allies without the need to use any protective abilities.

Just make your Shieldmaster to use Enrage on Dag then bank the rest of your BP for increased durability!

In order for us to make the best articles possible, share your corrections, opinions, and thoughts about 「How to Beat Hall of Tribulation VII | Bravely Default 2 (Bravely Default II)」 with us!