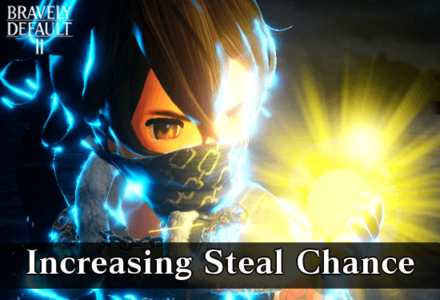 Trying to get some loot from monsters by stealing? Check out our page for the best method to effectively steal items in Bravely Default 2 for the Nintendo Switch. In this guide, we'll teach you the mechanics behind stealing and show you some ways to increase your steal chance. 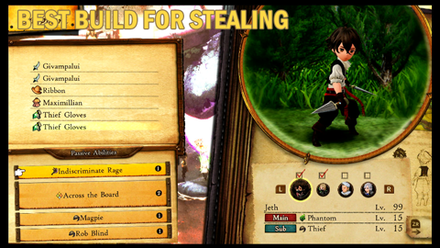 Our recommended build to guarantee the highest steal chances while also providing the most rewards is as follows:

Set Phantom as your Main Job with Thief as your Sub-Job. Equip the same character with 2 Givampaluis and 2 Thief Gloves.

For Abilities, equip Berserker's Indiscriminate Rage, Bravebearer's Across the Board, and Thief's Magpie and Rob Blind. 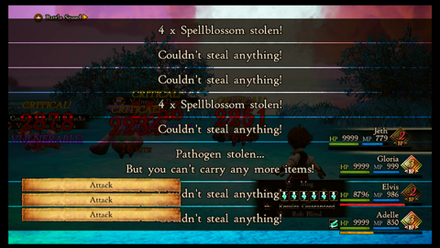 With this build, there are two approaches to farming via stealing. Both of which are equally valid.

The first approach is to simply use Attack commands. Thanks to Phantom's second speciality, Mug will activate 100% of the time, at the expense of MP. When combined with Indiscriminate Rage, you steal from each enemy at once. Thanks to the two Thief Gloves, you should also have +30% chance of stealing something. And with Magpie Equipped, it allows you to steal rare items too. Givampalui stacks once with your equipped abilities which should give you a 50% chance of stealing a rare item.

The second approach is to use the Thievery command, Steal. In contrast to the first approach, this method doesn't use any MP, but you won't be dealing damage to the enemy. You still earn the same buffs from your equipment and abilities so steal away! With Across the Board equipped, you can even steal from each enemy at the same time. 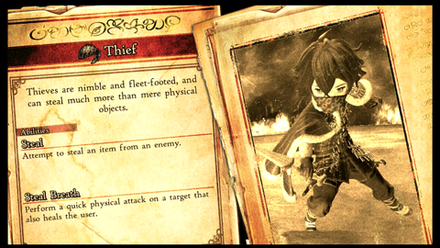 The Steal Ability is the first ability that users of the Thief Asterisk unlock. Shortly after encountering the Water Crystal in Chapter 1, you'll have to face Bernard in battle. After taking him down, you will acquire the Thief Asterisk. 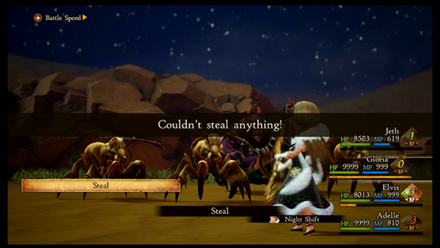 Commanding your character to use the Steal ability lets them attempt to steal an item from an enemy. You aren't always guaranteed to get an item, and for a failed attempt, you'll get a message saying Couldn't steal anything! 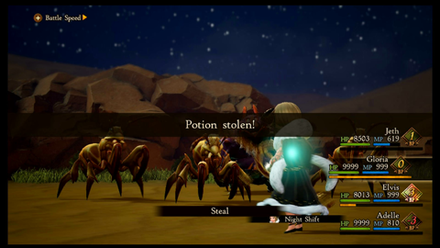 Don't fret! Thankfully, stealing doesn't cost anything to command. So you basically have unlimited turns to try and steal from an opponent. After a successful theft, you'll get a message saying you've stolen an item. 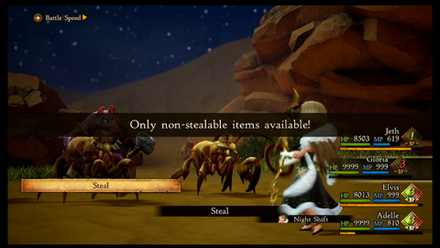 Most enemies have two different items you can steal, a regular item and a rare item. As you start out, the Thief will only be able to steal regular items.

After stealing an enemy's regular item, any further attempts at stealing from them won't bear any fruit. In these cases, you'll get a message saying Only non-stealable items available! 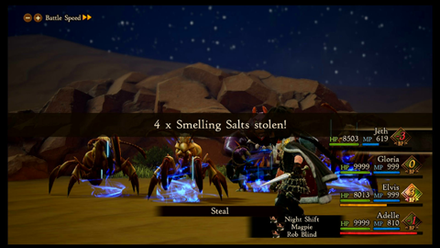 When your Thief reaches Job Level 10, you'll unlock the passive ability Magpie. When equipped, this ability will give your character a roughly 25% chance of acquiring rare items when stealing.

You won't be able to steal rare items until then, so be sure to earn more JP for your Thief if you wish to get rarer loot.
How to Farm JP Quickly 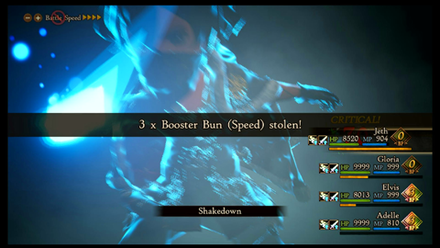 There is one way to guarantee stealing an item from your enemy, and that's by using the Thief's special ability, Shakedown. After using Thievery abilities 13 times, your character will be able to use this special ability which guarantees an item to be stolen from your opponent.

How to Increase Steal Chance 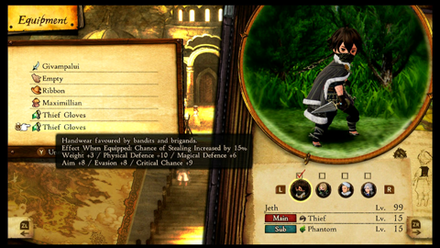 Relying on Shakedown for guaranteed item stealing is a valid technique, but it does take time to bank up 13 Thievery uses between Shakedown uses. Also, Shakedown deals damage, so if you don't get the item you wanted, there's a chance you've already killed the opponent you wanted to steal from.

Here are some ways you can increase your chances of stealing just by using the regular Steal ability.

How to Maximize Stealing 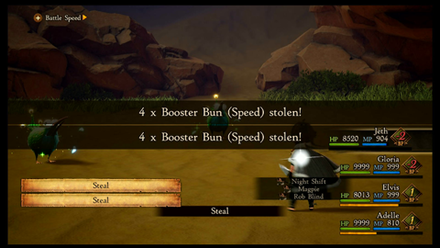 At the end of the day, stealing is a free alternative to gain different items. The best way to maximize stealing is by taking advantage of abilities and equipment that help us gain more loot.

Make Room in your Inventory 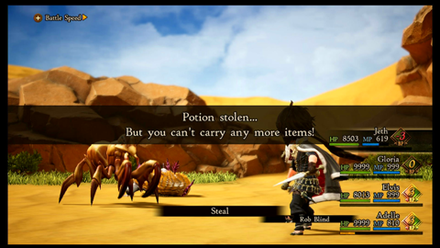 As a final note, make sure that you have enough space in your inventory when farming for items. Each item maxes out at a quantity of 99, and if you try to steal any more than that, you won't actually get the item.

In order for us to make the best articles possible, share your corrections, opinions, and thoughts about 「How to Increase Steal Chance Effectively | Thief Job Stealing Guide | Bravely Default 2 (Bravely Default II)」 with us!