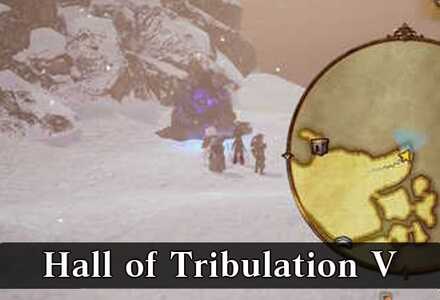 How to Beat Hall of Tribulation V

Be Resistant to Fire or Wind and Darkness or Earth

Vigintio will be swapping his moves between Apocalypse and Meltdown which has the elements of Darkness + Earth and Wind + Fire respectively.

Just having an immunity or absorption to one element of these attacks will completely nullify Vigintio's damage output in the early stages of the fight.

Use Elemental Supplement on Prince Castor 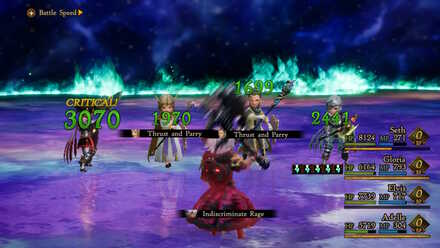 By being immune or having the ability to absorb an elemental damage, you can start using Elemental Supplement on Prince Castor to make him deal that element's damage on your team.

This is useful since Vigintio already has a lot of elemental attacks at his disposal that you'll be able to negate two enemy's damage output. 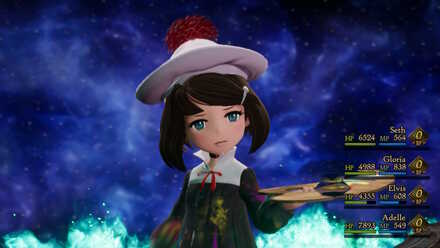 Despite the elemental resistance setup above, Folie's Daub may be able to provide a narrow window for the enemy to deal damage to your party (narrow since the Spiritmaster automatically cures ailments via Basunabringer) so make sure to focus Folie first to guarantee your win!

Register as a member and get all the information you want. (It's free!)
Login
Opinions about an article or post go here.
Opinions about an article or post
We at Game8 thank you for your support.
In order for us to make the best articles possible, share your corrections, opinions, and thoughts about "How to Beat Hall of Tribulation V" with us!
When reporting a problem, please be as specific as possible in providing details such as what conditions the problem occurred under and what kind of effects it had.