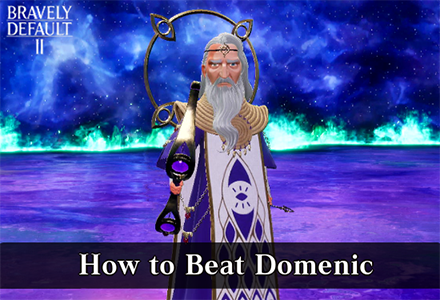 This is a guide to Domenic, a Boss battle in Bravely Default 2 (Bravely Default II). Read on to know how to beat Domenic, its strengths and weaknesses, and the best strategy against Domenic. 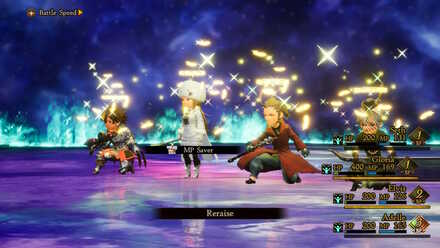 Domenic counters a lot of moves and his attacks do lethal damage. Proper division of roles and patience is required to best Domenic.

Offensive Magic Classes are not Recommended

Due to Domenic's Reflect ability, having Red Mages or Black Mages is a no go. Instead, assign these characters to a different Job like the Bard or as a secondary healer if needed.

If your inventory and Job levels permit, even assigning a 3rd attacker is also possible. Your attackers should have the Sands of Time accessory to prevent Stop, so if you lack these, assign them to a support role.

Domenic can unleash several Triplagas against your party for a potential team wipe in a single turn when he reaches 3 BP. Each of Triplaga's damage can annihilate a party member easily.

Follow our setups below to survive Domenic's assault and come out victorious in this tough boss fight! 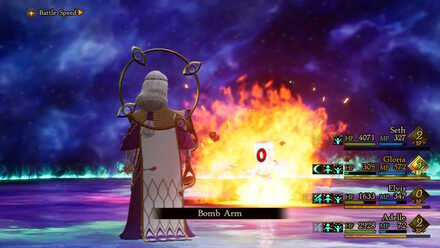 Having a Manarobe (an old armor that gives +1 resistance to fire and water) partnered by one Ice Talisman and Flame Talisman will nullify 80% of Domenic's damage output. 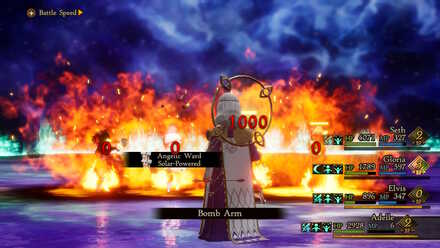 A party with 3 members with Fire Elemental Immunity. We lacked enough gear to make a full immunity party but this should show the power of elemental resistances.

With this armor setup, only the lightning part of Domenic's attacks will damage your party. You'll also be able to ignore Bomb Arm since it does fire damage.

When Domenic charges up 3 BP, this is a great time to have everyone use the Dragoon's Jump Ability. Doing so will make your party leave the battlefield. You'll want to leave one party member for Domenic to attack (preferably your White Mage with a Reraise so she'll survive the attack). Doing this will consume Domenic's 3 BP and you'll survive the turn with only one wounded character.

Alternatively or if you don't want to spend BP, you can switch your character's weapon to equip Brionac. It's a spear that can use Jump if used while equipped and it doesn't cost BP.

They can be obtained by stealing from Thors in the Jaws of Judgement.

In order for us to make the best articles possible, share your corrections, opinions, and thoughts about 「How to Beat Domenic | Bravely Default 2 (Bravely Default II)」 with us!