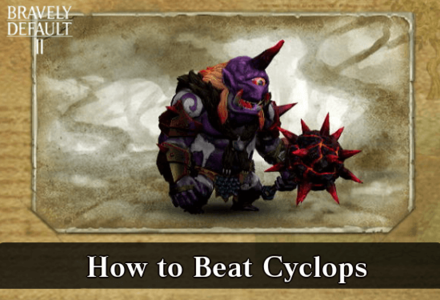 This is a guide to Cyclops, a Rare Enemy battle in Bravely Default 2 (Bravely Default II). Read on to know how to beat Cyclops, its strengths and weaknesses, and the best strategy against Cyclops.

How to Beat Cyclops

The Ahrimans are weak to Light 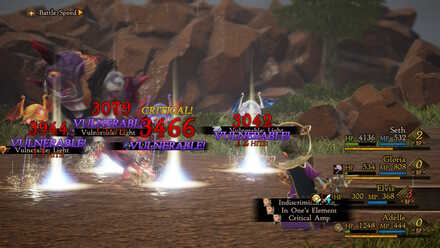 The Ahrimans are weak to Light but all magic attacks are countered with Siphon. Instead of using magic attacks, use Elemental Supplement on a Swordmaster with Indiscriminate Rage to quickly eliminate them all. Using the Solid Stance will further speed up this process.

Since Cyclops counters Shieldcraft moves, the only way to have your Shieldmaster protect your allies is to set their HP to critical status.

You can knock your allies down from random encounters on the map before initiating the battle against Cyclops.

Slugger doesn't work 100% of the time

Cyclops' Slugger move gimmick isn't a guaranteed to knock your party members out of battle. However, it is a pesky move so always having Reraise to survive Cyclops' attacks if your Shieldmaster gets blown off the battlefield.

Knocked Off allies return after a few turns have passed 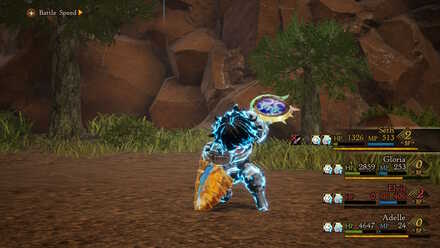 There's no need to assume that an ally that gets knocked off is permanently out of battle. They'll come jumping back into the fray after a few turns have passed so if one of your characters do get knocked off, stand your ground and try to survive the Cyclops' onslaught. 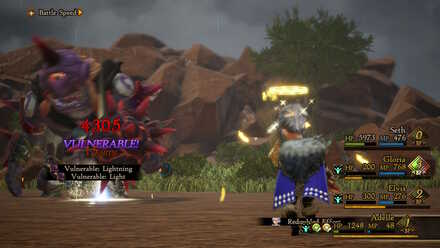 Since we risk having our formation broken by having the Shieldmaster taken out of battle, ending the battle fast by focusing on the offensive is highly suggested.

Make sure to optimize your damage to deal as much damage possible to Cyclops.

Register as a member and get all the information you want. (It's free!)
Login
Opinions about an article or post go here.
Opinions about an article or post
We at Game8 thank you for your support.
In order for us to make the best articles possible, share your corrections, opinions, and thoughts about "How to Beat Cyclops" with us!
When reporting a problem, please be as specific as possible in providing details such as what conditions the problem occurred under and what kind of effects it had.