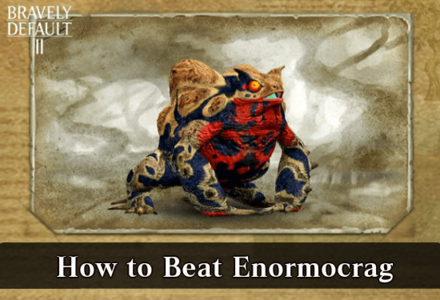 Do Not Heal With White Magic! 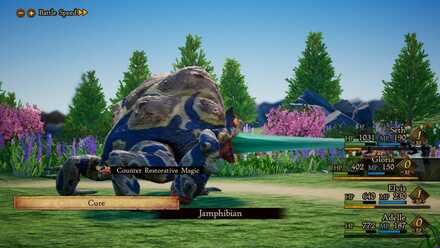 Enormocrag's defense is extremely high. Fighting it at the beginning of Chapter 1 may prove difficult but it will be impossible if you rely on White Magic.

Enormocrag can counter all White Magic with Jamphibian which heals Enormocrag equal to the damage it deals. Avoid making Enormocrag use this move or the battle will never end! 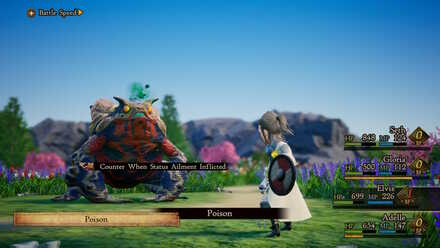 While Enormocrag will counter ailment moves with Ramphibian, it is still a worthy ability to use since it can deal 300 damage per turn to Enormocrag.

Designate a single character to focus on poisoning Enormocrag while the others use Treat to heal the damage from its counter attacks.

Post (0 Comments)
Opinions about an article or post go here.
Opinions about an article or post
We at Game8 thank you for your support.
In order for us to make the best articles possible, share your corrections, opinions, and thoughts about "How to Beat Enormocrag" with us!
When reporting a problem, please be as specific as possible in providing details such as what conditions the problem occurred under and what kind of effects it had.