This is a walkthrough for the final demo for Bravely Default 2 (Bravely Default II) for the Nintendo Switch. Read on to know the objectives for this chapter, all the boss fights available, all side quests, and all the necessary tips to get through the demo in one piece.

Below are the key objectives in the final demo for Bravely Default 2. Refer to the table below to jump to a specific section of the chapter. 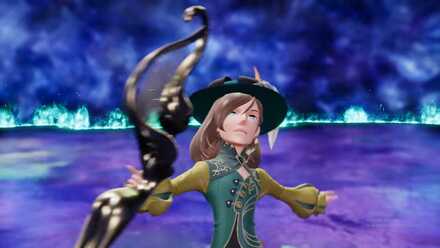 Orpheus is the bearer of the Gaming Halld Asterisk and is a support type enemy. He is also capable of inflicting sleep as a revenge move against magic users so make sure that you have obtained the Clothespins along the way or it will be difficult for Gloria and Elvis to fight him! 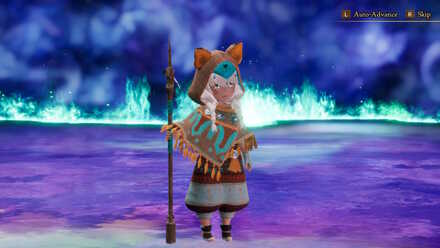 Anihal is the bearer of the Beast Master Asterisk and is surrounded with pet monsters during your fight against her. Proper prioritization of targets, status ailment immunity, and resource management is the key to win this battle. 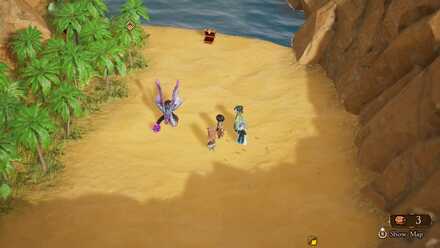 Mushussu is the “weaker” super boss found in the Bravely Default 2 demo. It's capable of unleashing an AOE attack that can deal roughly 400 damage to everyone, a single target damage attack that inflicts poison and around 1000 damage to its target, and can use a revenge attack against bard abilities. Read our guide below to learn how to beat the Mushussu! 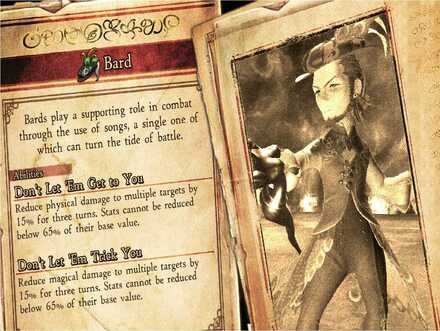 As shown in your fight against Orpheus, the Bard is capable of providing supportive buffs to your allies. While the recovery support skills belongs to the white mage, stat buffs are the Bard's forte. Try to include it as a sub job to your support characters to solidify their role as a support!

Say It With Shells

The Harbinger of Calamity

Clothespin is an accessory that provides immunity to sleep. The first boss that you'll encounter will be using revenge abilities against your casters and will put them to sleep, potentially cancelling brave actions and wasting any BP you used.

Purchase a Star Pendant, a White Veil, and a Silver Glass

After the Sandswept Ruins, you'll head to a dungeon and fight against enemies that can inflict poison. The boss of the area can also inflict poison, silence, and blind status effects.

Do Not Engage the Mushussu Immediately

The Mushussu is a tougher enemy than the regular story bosses you'll encounter. While you should be well-prepared before facing it, it is possible to defeat it.

Register as a member and get all the information you want. (It's free!)
Login
Opinions about an article or post go here.
Opinions about an article or post
We at Game8 thank you for your support.
In order for us to make the best articles possible, share your corrections, opinions, and thoughts about "Final Demo Guide, Tips, and Boss Fight Strategies" with us!
When reporting a problem, please be as specific as possible in providing details such as what conditions the problem occurred under and what kind of effects it had.