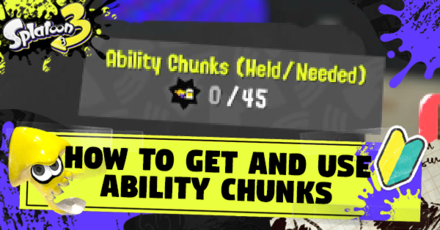 Farm ability chunks in Splatoon 3 to add new abilities to your gear with Murch. Read on to find out how to get ability chunks, the best ways to farm them, and how to use them to get new gear abilities! 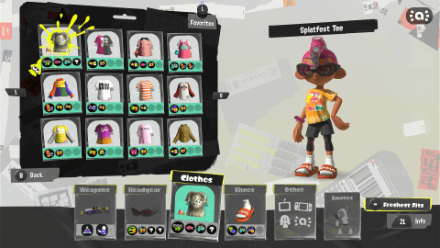 The Splatfest Tee is a gear item that you obtain from Splatfests that already has four slots by default. It also costs half as much to scrub compared to other gear items since it only takes 2,000 Coins to scrub instead of the usual 4,000. Each scrub can get you up to 3 ability, chunks depending on how many slots are filled.

By continuously leveling up the Splatfest Tee and scrubbing it, you can farm up several ability chunks throughout the duration of Splatfest. However, once the Splatfest is over, the item is removed from your inventory and you will no longer be able use this farming method until the next Splatfest

How to Get Splatfest Tee: Abilities and Brand

Buy Drinks to Get the Abilities You Want Faster 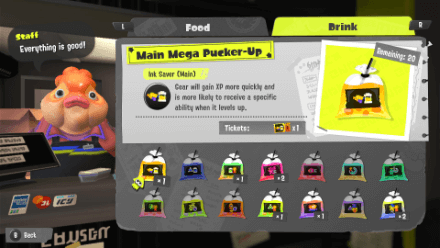 Though not required, you can also purchase drinks from Crab-N-Go located inside the Lobby to increase the amount of XP your gear receives and to increase the chance of getting the abilities you want. 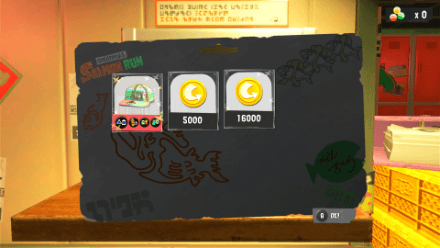 Not only do you get Ability Chunks from capsules as a possible reward, but you can also exchange the featured gear item for chunks if you have obtained more than one. Once you reach 1200 points, you consistently get featured gear every 200 points, allowing you to get them quickly.

How to Get Ability Chunks 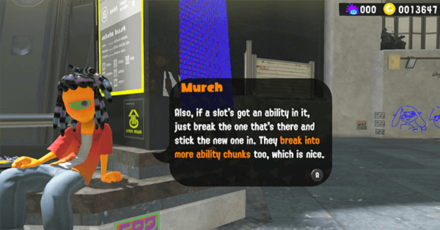 Scrub Slots is one of the ways to get Ability Chunks, and it works by asking Murch to scrub your gear clean. The process costs a lot of cash, and you will lose your ability, but you'll earn Ability Chunks. 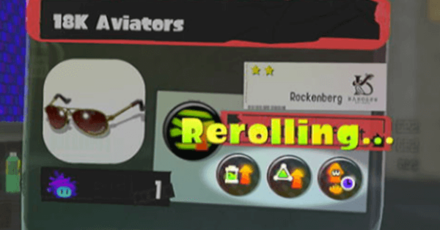 Going through Reroll Gear Abilities' allows you to get chunks without spending any gold. You can also keep rerolling as much as you like to get more Ability Chunks, but it requires 3 slotted secondary gear abilities, and you will need Super Sea Snails to do so. 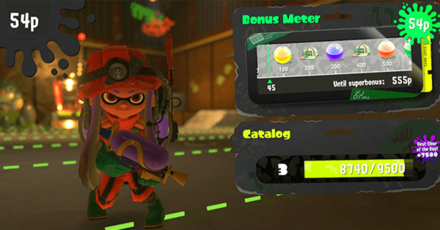 Participate in the multiplayer co-op survival game mode "Salmon Run" if you want to consistently get Ability Chunks. By progressing through the Bonus Meter, you have a chance to get purple capsules which will reward you with random Ability Chunks.

Progress Through the Hero Mode 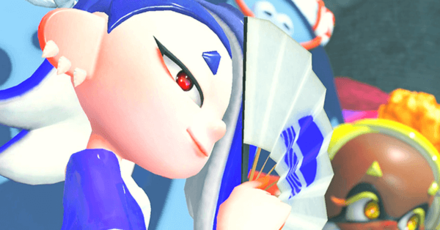 You can get Ability Chunks by progressing through the Hero Mode, which you can access by following Cap'n Cuttlefish inside the man-hole cover at the Splatville Square.

Get Lucky in Shell-Out Machine 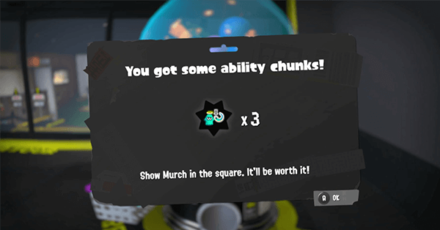 How to Use Ability Chunks

Use Ability Chunks For Adding Abilities 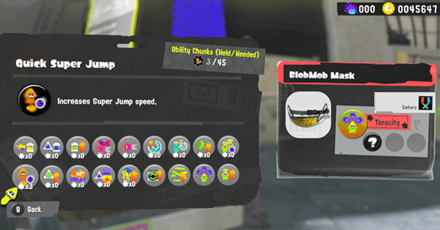 To spend your Ability Chunks, talk to Murch at the Lobby Entrance and select Add Abilities, where you can change your primary or secondary gear ability by spending the Ability Chunks you've collected.

How to Find Murch 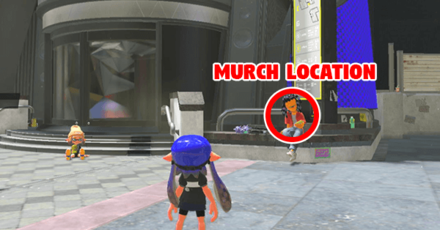 Murch can be found just outside of the Lobby Entrance, looking at his phone near the signage at Splatville Square. Talk to him, and he should start explaining his services to you if it's your first time talking to him.

In order for us to make the best articles possible, share your corrections, opinions, and thoughts about 「Ability Chunk Farming Guide: How to Get and Use Ability Chunks | Splatoon 3」 with us!