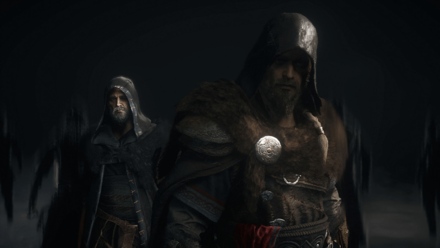 This page is a walkthrough for the Quest: An Island of Eels in Assassin's Creed Valhalla (AC Valhalla). Read on to learn more about the quest objectives, stealth routes, notables, and more!

An Island of Eels Location 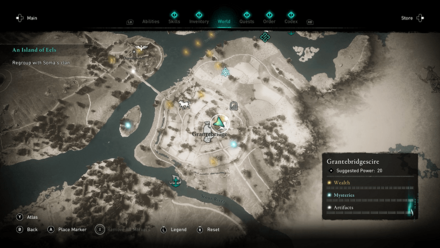 The quest starts in Grantebridge after dealing with the traitor within Soma's clan.

An Island of Eels Walkthrough

An Island of Eels: Stealth Guide

An Island of Eels Endings

The Song of Soma story arc has two endings after this quest.

These endings depend on whether players have correctly identified and accused the traitor during Stench of Treachery quest.

The Correct Advisor Was Accused 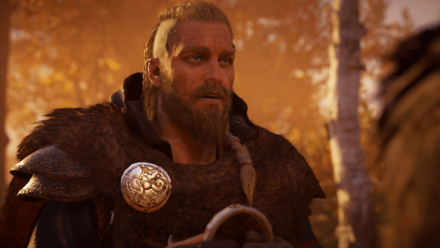 Soma's clan will start to prepare the journey back to Grantebridge after successfully eliminating Wigmund in the Isle of Ely Monastery.

During the preparation, Soma will pledge allegiance to your clan and will thank you in discovering the identity of the traitor within her clan.

This is considered as the good ending of the The Song of Soma story arc. 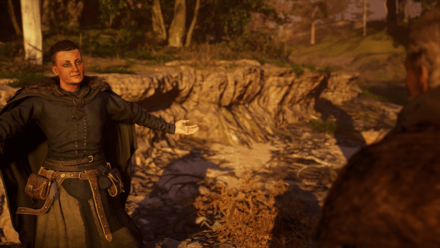 With her love for Soma proving to be unrequited, Birna will join your crew and will move to Raventhorpe!

The Wrong Advisor Was Accused 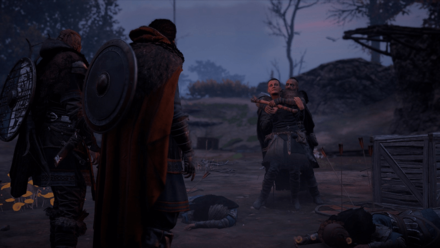 Eivor and Soma will return to camp with all but Galinn and the remaining advisors dead. Galinn reveals that he was the traitor that led the Saxon army into Grantebridge on the night of the attack.

Defeat Galinn and his party of Saxon Arbalists and Marksmen. 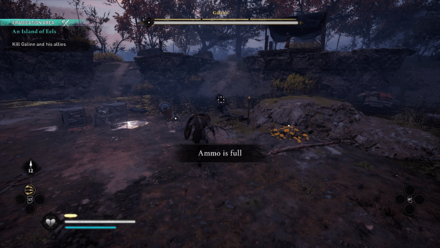 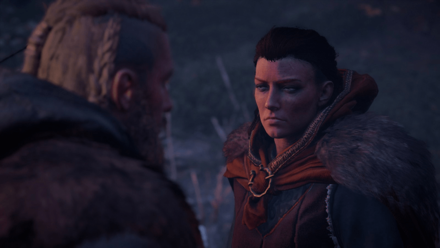 You are given a choice to either spare or kill Galinn at the end of his boss fight. Either choice results in Soma killing Galinn.

Soma will still pledge allegiance to your clan but the events that transpired leaves her with a heavy heart, unsure if she can trust anyone ever again.

This is considered as the bad ending of the The Song of Soma story arc.

Post (0 Comments)
Opinions about an article or post go here.
Opinions about an article or post
We at Game8 thank you for your support.
In order for us to make the best articles possible, share your corrections, opinions, and thoughts about "An Island of Eels Walkthrough" with us!
When reporting a problem, please be as specific as possible in providing details such as what conditions the problem occurred under and what kind of effects it had.