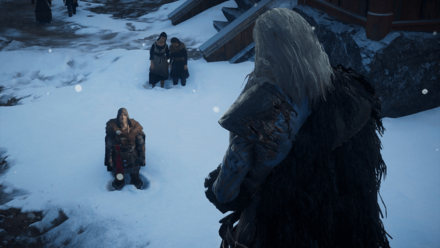 This page is a walkthrough for the Quest: A Feast to Remember in Assassin's Creed Valhalla (AC Valhalla). Read on to learn more about the quest objectives, stealth routes, notables, and more! 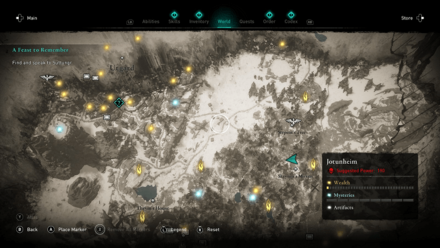 The quest starts as soon as players finish The Lost Cauldron quest.

How to Empty The Cauldron 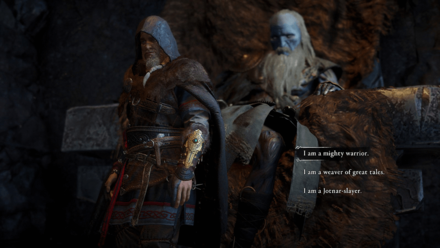 Havi's Speech has three sets of Dialogue options that will set the tone of the feast. Selecting the right dialogue options during this time grants a headstart in the next objective's progress bar. 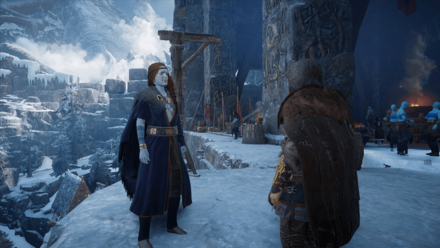 Speak to Gunlodr to cheer her up. This will encourage her to drink, aiding in the depletion of the cauldron.

Gunlodr will begin a series of Riddles that players must answer. Whether players successfully solve the riddles or not is inconsequential to the progression of this quest. 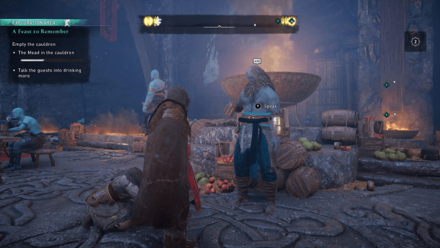 Aegir will be somewhere in the middle of the Feasting Hall. Speaking to him contributes toward the depletion the cauldron.

Participate in The Archery Contest 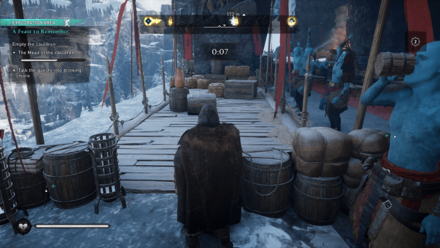 Speak to the contest's overseer to participate.

Three targets will appear one at a time. Take a drink and take out a target within the time limit. After hitting the target, you must drink again in order to proceed to the next one.

Hitting all three targets will result in more drinking within the Feasting Hall.

Participate in The Melee Contest 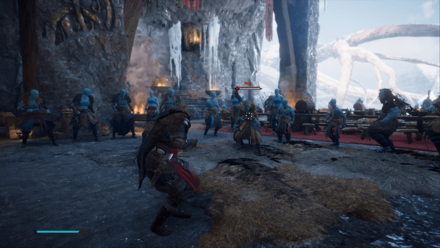 Participate in a melee brawl against a Hag. Winning the brawl will result in the Jotnar drinking more mead within the Feasting Hall.

Boss Strategies: How to Beat Suttungr 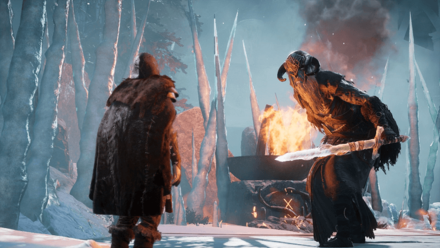 In order for us to make the best articles possible, share your corrections, opinions, and thoughts about 「A Feast to Remember Walkthrough | How to Beat Suttungr | Assassin's Creed Valhalla」 with us!