Best Weapons: The Strongest Weapons and How to Get Them | Assassin's Creed Valhalla 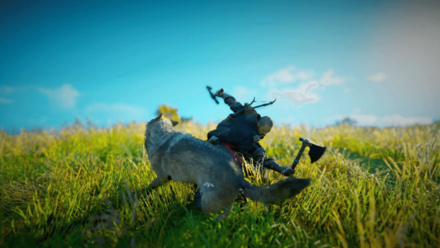 This is a guide to the best weapons that can be found in Assassin's Creed: Valhalla (AC Valhalla). Read on to find out the stats for each of the strongest weapons, stats and where you can find them to gain the power to defeat the toughest foes!

The Best Weapons in AC Valhalla

While it is a basic weapon to start out with, Varin's Axe can hold its own against some of the tougher mid to late game enemies that you'll encounter in the game. In fact, despite losing out on stats with some of the other one-handed weapons you have available to you, this axe can still carry you through to the end game if you choose to do so.

It's a free weapon you'll receive as you progress the story, with good mid-tier stats once you upgrade it.

Soldier's Flail is an extremely good weapon to have sitting beside Varin's Axe in a dual-wield build. It has fast speed, increased whenever you have full health. This when dual wielded with Varin's Axe helps to make fighting against slow but heavy hitting foes an easier task due to the combined power and speed of the two weapons.

On its own, Soldier's Flail brings good upgraded stats and speeds to the table unmatched by any other weapon of its kind.

Despite not having very good baseline stats when you first acquire this weapon, the Sepulcher Axe more than makes up for its shortcomings by being one of the faster weapons that you can have in your arsenal. Its ability to ignite your weapons after critical hits is also a good bonus to have when fighting against groups, whereas its more than serviceable damage once upgraded can more than keep up with the mid to late game enemies you encounter.

When paired with the skill Brush with Death, the time slowing ability of that skill with the movement speed increase created by this weapon when dodging can allow players to routinely dance around their enemies with ease. Although, similar to the Sepulcher Axe with having weak base stats, its upgraded stats coupled with its great length and speed, as well as its combination with the Brush with Death skill makes the Fyrd Spear one of the best weapons there is in the game. 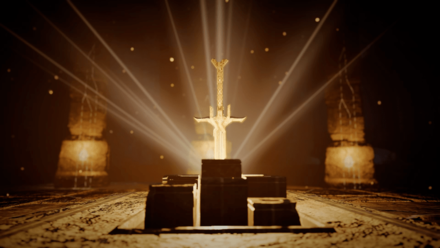 Legendary Weapons are end-game items with the best stats and weapon effects and are, without a doubt, the most powerful weapons that you can use in the game. Although they become available later on in your game where a good majority of the things to do are accomplished, they are nonetheless peerless in their stats.

Managing to get even just one of the three weapons however – Excalibur, Mjolnir, or Gungnir – is no easy task, one requiring skill and patience both as you are pit against some of the best and worst foes and challenges the game has to offer.

Where to Find Excalibur, Mjolnir, & Gungnir

In order for us to make the best articles possible, share your corrections, opinions, and thoughts about 「Best Weapons: The Strongest Weapons and How to Get Them | Assassin's Creed Valhalla」 with us!