How to Play the Dice Game Orlog | Assassin's Creed Valhalla 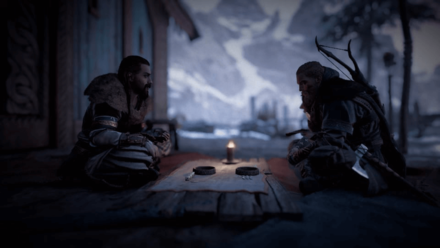 This is a guide on how to play the Dice Game Orlog in Assassin's Creed Valhalla (AC Valhalla). If you want to know how you can best every Orlog player, and unlock the Orlog Champion Trophy, read on!

What is Orlog? (Dice Game) 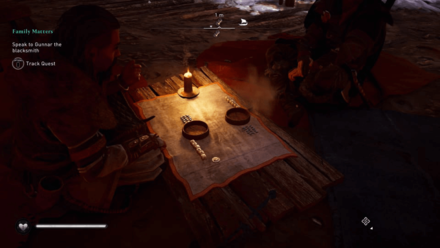 Orlog is one of the many mini-games in Assassin's Creed Valhalla. Players duel by rolling dice to shield or inflict damage, and by invoking God Favors.

Beating all of the Orlog players found throughout the world will earn you the Orlog Champion Trophy.

In Orlog, two players take turns rolling six dice. The goal of the game is to reduce the opposing player's life, represented by stones, to zero.

The dice rolled in Orlog have six faces which they can land on. Each represents an effect that if used properly and in a timely manner can mean victory.

The Token face does not actually have its own individual die face.

Instead, you will find iterations of the other five faces with a God Favor modifier surrounding their icon, represented by a dashed gold box.

Orlog is played through rounds, which contain three phases. These phases are the Roll Phase, the God Favor Phase, and the Resolution Phase.

Games begin with a flip of a coin to determine who goes first. This alternates between the players at the end of each round until the game is resolved. 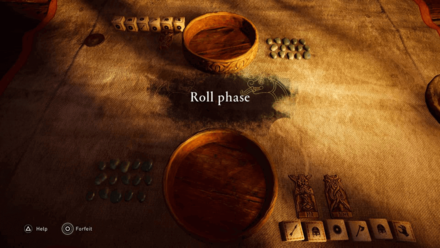 Players in this phase roll their dice, which reveals the faces for each die. Only three rolls are allowed per player.

You may choose to set all your dice on the table, or choose any number of them whose faces you are satisfied with. 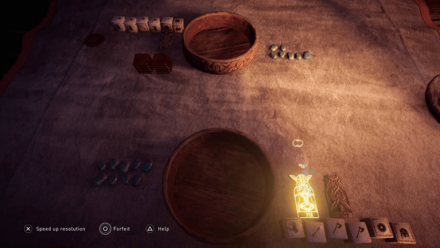 This phase is when you get to select a God Favor you would like to use in exchange for your Tokens. You can select up to three God Favors before the game begins.

God Favors can be earned by beating Orlog players throughout the world. The effects of each God Favor varies, depending on which ones you have selected. 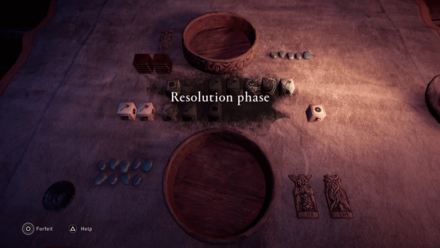 The ending phase of a round, where each effect of the set dice will be triggered. The player who rolled first for that round also gets to attack first.

If you invoked a God Favor, their effects may either trigger before this phase or after it, depending on the favors you've selected.

In order for us to make the best articles possible, share your corrections, opinions, and thoughts about 「How to Play the Dice Game Orlog | Assassin's Creed Valhalla」 with us!