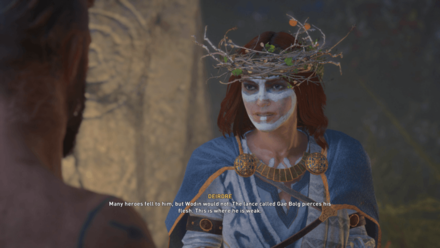 This is a page for the quest Amber sun in the Wrath of the Druids storyline in Assassin's Creed Valhalla. Read on to learn how to start the quest, how to beat Balor, and get the legendary Gae Bolg weapon! 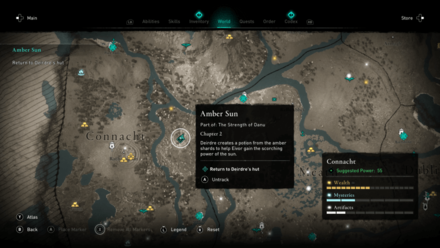 The quest starts in Deirdre's Hut in Asfinn in the region of Connacht.

To begin this quest, Eivor needs to eliminate all members of The Children of Danu and give Deirdre all 10 Bloody Amber pieces from each one.

All Children of Danu Locations 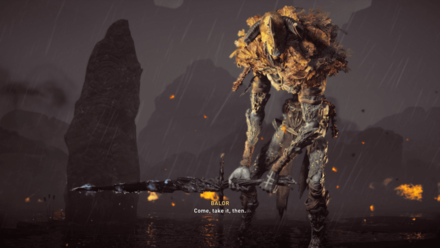 In his first phase, Balor has high defense and moves very slow. Keep your distance and attack him with a long-range weapon such as a bow or spear. 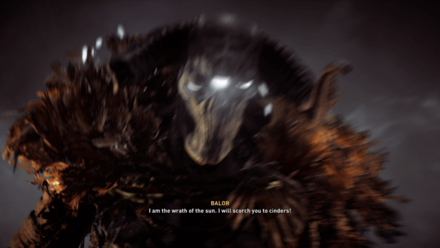 After reducing his health a certain point, Balor removes his mask and becomes faster and more aggressive. He will also start firing powerful beams from his eye, which can quickly kill Eivor. 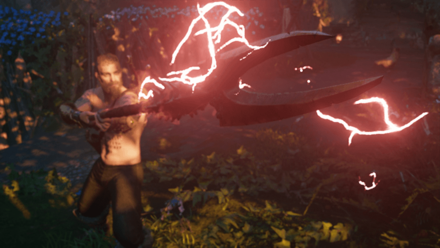 Defeating Balor rewards Eivor with the Gae Bolg, a spear once wielded by the legendary Irish Hero Cú Chulainn.

Said to be fashioned from the bones of sea monsters, this spear causes lightning to shock enemies after hitting them with 3 consecutive hits!

Post (0 Comments)
Opinions about an article or post go here.
Opinions about an article or post
We at Game8 thank you for your support.
In order for us to make the best articles possible, share your corrections, opinions, and thoughts about "Amber Sun Walkthrough | Wrath of the Druids" with us!
When reporting a problem, please be as specific as possible in providing details such as what conditions the problem occurred under and what kind of effects it had.