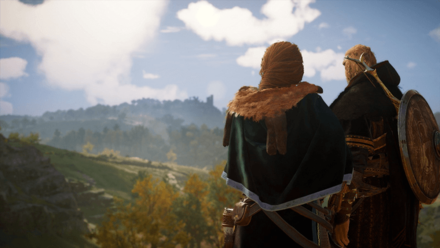 This page is a walkthrough for the Taken For Granted Quest in Assassin's Creed Valhalla (AC Valhalla). Read on to learn more about the quest objectives, stealth routes, notables, and more! 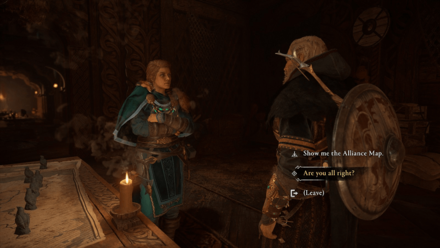 The quest starts in Ravensthorpe once Randvi agrees to go to Grantebridge with you. 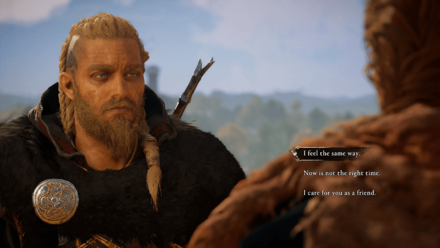 The choice to start a romantic relationship with Randvi at the top of Besuncen Tor is a major decision that can affect the ending of Assassin's Creed Valhalla!

Entering a romantic relationship with Randvi before she dissolves her marriage with Sigurd will contribute towards a specific ending in which Sigurd does not come back to England with Eivor after the A Brother's Keeper quest of the In The Hall of The Slain story arc.

If you prefer to avoid this particular ending but still want to have a relationship with Randvi, another opportunity will present itself during the The Forge and The Flame quest later on.

It is also possible to simply do this quest after completing the In The Hall of The Slain story arc. Randvi and Sigurd's marriage dissolves after this story arc, allowing you to enter a romatic relationship with the former without any negative consequences.

Post (0 Comments)
Opinions about an article or post go here.
Opinions about an article or post
We at Game8 thank you for your support.
In order for us to make the best articles possible, share your corrections, opinions, and thoughts about "Taken For Granted Walkthrough | Randvi Romance Guide" with us!
When reporting a problem, please be as specific as possible in providing details such as what conditions the problem occurred under and what kind of effects it had.