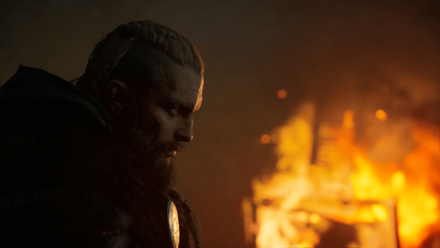 This page is a walkthrough for the Smashing The Compass Quest in Assassin's Creed Valhalla (AC Valhalla). Read on to learn more about the quest objectives, stealth routes, notables, and more! 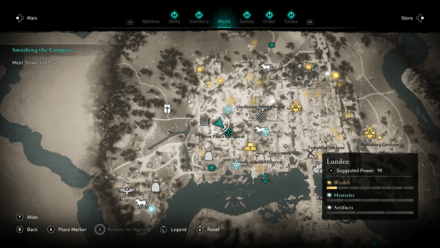 The quest starts in Saint Paul's Cathedral after completing the Firing The Arrow and Bleeding The Leech quests.

Smashing The Compass: Stowe or Erke 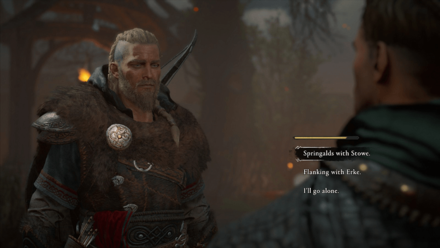 Stowe and Erke will have their own routes towards The Compass' flotilla. You can choose to accompany one of them or go alone.

Ultimately, the choices during this dialogue are inconsequential to the outcome of The City of War story arc.

Read on to know the results of each choice. 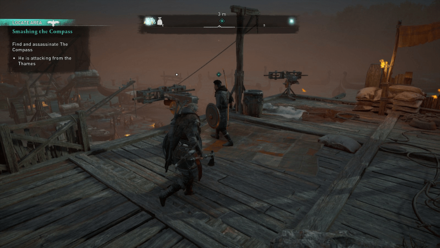 Stowe will lead you to a pair of springalds that points towards The Compass' flotilla. Use one of these springalds to destroy other springalds that are fixed on the longboats along the way, ensuring an easy path. 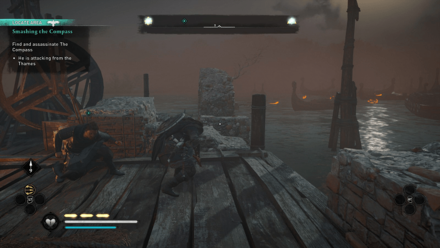 Erke will lead you to a clear area of the docks, allowing you to sneak through the springalds. It is advised that you swim underwater to avoid detection.

You can choose to accompany no one and work towards your own path to The Compass' flotilla.

Smashing The Compass: How to Beat Vicelin (The Compass) 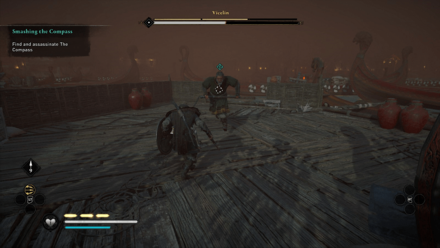 A new territory will show up on Randvi's Alliance Map after reporting to her and Hytham about the events in Lunden.

Register as a member and get all the information you want. (It's free!)
Login
Opinions about an article or post go here.
Opinions about an article or post
We at Game8 thank you for your support.
In order for us to make the best articles possible, share your corrections, opinions, and thoughts about "Smashing The Compass Walkthrough" with us!
When reporting a problem, please be as specific as possible in providing details such as what conditions the problem occurred under and what kind of effects it had.