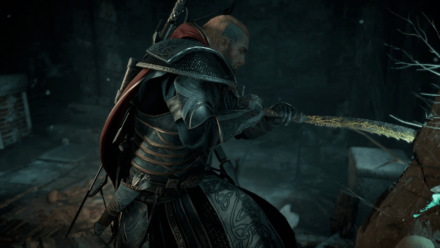 This is a guide to the best armor sets that can be collected in Assassin's Creed: Valhalla (AC Valhalla). Read on to find out which armor sets are the best for different builds to suit your playstyles! 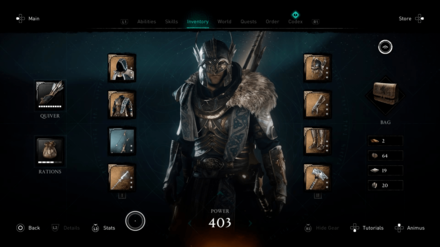 Completing an armor set can bring certain bonuses to your character. There are two tiers to unlocking armor set bonuses: when you have equipped two armor pieces, and the other when you have all pieces of a set together.

Similar to skills, armors are also defined by the branch alignment they are part of, with each branch offering something in the way of what you'll need to create your own unique builds.

Stealth is the key point for most of the bonuses for armor sets aligned to the Raven Branch. Bonuses that add on to your lethality at night, assassinations, speed, and Critical Chance all complement the low weights of each piece in these armor sets. These highlight the speed, maneuverability, and evasiveness of your characters to help you go in and out of areas for perfect quiet kills.

Set bonuses from Wolf Branch armors add to your ranged attacks, melee resistance and damage, as well as slow health regen. On its own however, Wolf Branch armors require the right complementary skills to be purchased as you gain more Power Levels to maximize its bonuses. They are the perfect armors for "Jack of All Trades" type characters, or characters in general who can go into stealth and back again into face to face fighting when they need to.

Perfect for enthusiasts of the brute force approach to engagements, Armor Sets in the Bear Branch give great bonuses to speed, Critical Chance, Melee Damage as well as bonuses to when you are surrounded by groups of enemies. These when paired with the heavy weight and high defensive stats of the various armor pieces of each set help to ensure that each enemy encounter will result in the player coming out on top.

Perfect for stealthy players who prefer evasion, hiding, and ranged attacks over brute force and face to face engagements, the Hidden Ones' Armor Set is the quintessential armor set for players who wish to earn the moniker "Assassin". Even having two pieces of the set can already provide great help, adding bonus assassination damage that can allow you to get rid of the stronger enemies found in the game with quick assassinations.

Slightly heavier overall when compared to the Hidden Ones' Armor Set, this armor set specializes more on staying out of face to face engagements and shooting at enemies from a distance. With bonuses to ranged damage and speed, this set provides players with the ability to eliminate targets from far away and run away to escape if they miss.

As the polar opposite to the Hidden Ones' Armor Set, the Brigandine Armor Set is perfect for players who like to get down and dirty in face to face engagements against enemies. Dual Wielding Spears enables you to have some cushion with the space it provides you in combat, reducing your need to dodge and waste stamina due to the heaviness of this set.

Similar to the Brigandine Armor Set, this set is meant for offensive players. Where that set thrives in engaging enemies head on, a more defensive nature is taken with this set, perfect for players who can parry well. Equipping weapons that increase Critical Chance allows players to maximize all the bonuses such weapons and this armor provides to Criticals in combat.

Thor's Armor Set is the best there is based alon on stats. Its usefulness is only stifled by the fact that it is pretty much an end-game armor, although some pieces can be collected during the mid-game.

Nonetheless, pairing this armor with weapons that have high stun bonuses, such as Varin's Axe, can trigger this armor's bonuses, nullifying much of the heavy weight it brings to the table in exchange for higher defensive stats and speed than what you would get from other armor sets.

Getting any of the pieces is no easy feat however. Check out our guide below for all the details on how to get Thor's Armor Set!

Legendary Armor | How to Get Thor's Armor

In order for us to make the best articles possible, share your corrections, opinions, and thoughts about 「Best Armor Sets: The Best Armor Set Bonuses | Assassin's Creed Valhalla」 with us!